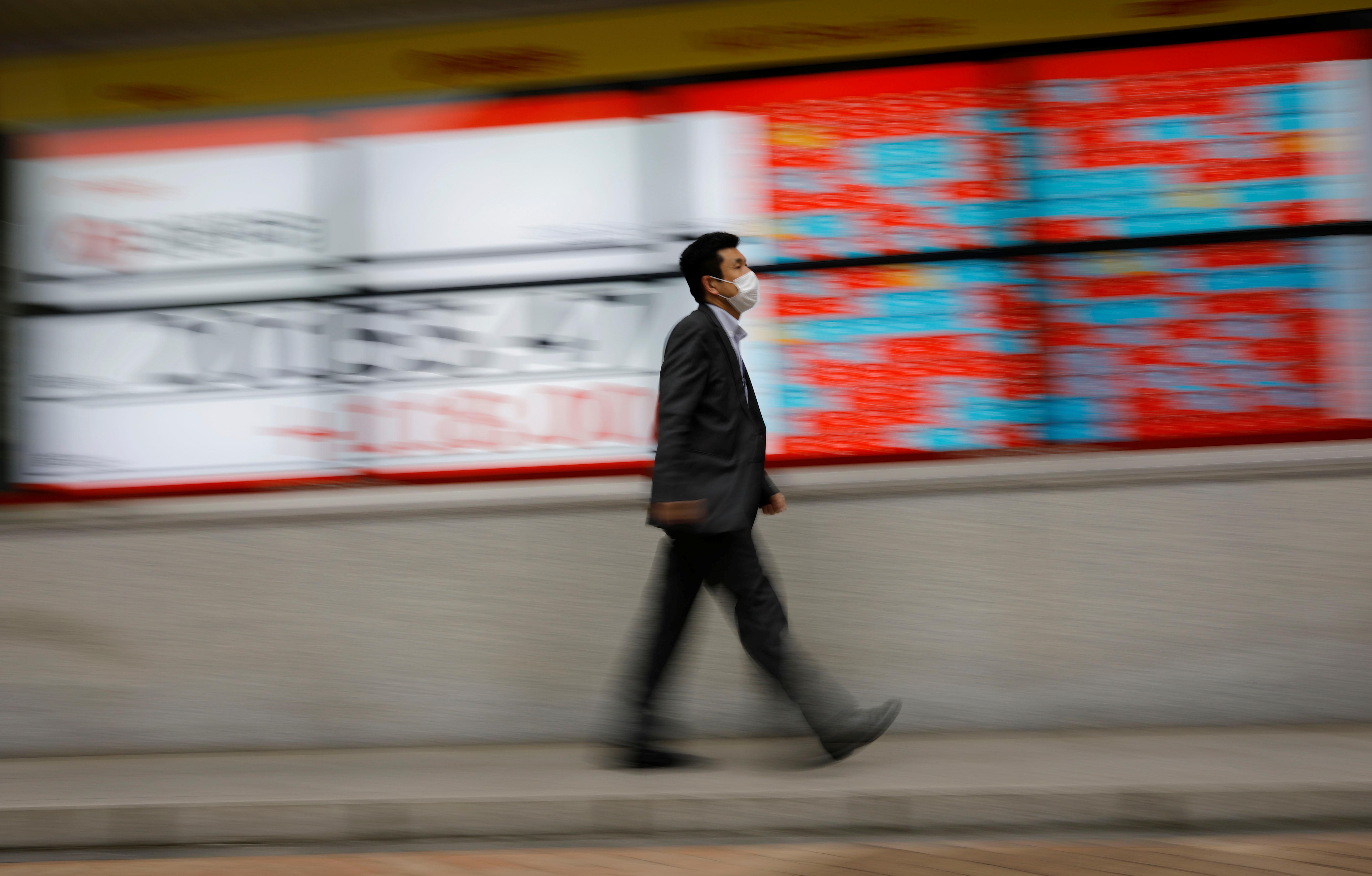 Shares in China .CSI300 rose 0.61%, led by gains in financials and the health care sector, but South Korean stocks .KS11 fell 0.81% due to concern about diplomatic tension with North Korea.

Australia’s S&P/ASX 200 jumped 1.0%, with the energy sector leading the charge, as oil futures rose in Asia on hopes that output cuts will put a floor under prices.

On the whole, markets have been sideswiped this week on fresh contagion concerns, prompting some investors to temper their optimism about how quickly the global economy can recover for the pandemic.

On Thursday around 400 workers at a slaughterhouse in northern Germany tested positive for the virus. At the same time, investors are nervously following a cluster of cases in Beijing and rising cases in several U.S. states.

All three major U.S. stock indexes were range-bound and oscillated through much of the day as investors struggled to interpret the impact of U.S. employment data without any guidance from corporations on their earnings.

Data on Thursday showed the number of U.S. unemployed remains stubbornly high amid signs of a second wave of corporate layoffs as companies grappled with large declines in revenue because of the coronavirus outbreak.

“The market is looking for its next big impulse,” said Chuck Carlson, chief executive officer at Horizon Investment Services in Hammond, Indiana.

“There are a lot of impulses in the market for investors to weigh, sift through and take into account to figure out the next direction.”

The Nasdaq Composite .IXIC rose 0.33% after spending much of the session lower.

Cleveland Federal Reserve Bank President Loretta Mester said it could take a year or two for the U.S. economy to return to pre-pandemic levels, with the gross domestic product declining by 6% in 2020 and the unemployment rate still around 9% by year’s end.

In foreign exchange markets, the dollar headed for its best week in a month against a basket of major currencies =USD as a resurgence in coronavirus cases knocked confidence in a rapid economic recovery and drove investors to the safety of the world’s reserve currency.

The British pound GBP=D3 was mired near a two-week low at $1.2403 due to concerns that the Bank of England’s bond purchases may not be enough to support an economic revival.

Sterling could stage a mild recovery if retail sales data due later on Friday point to a rebound in consumer spending.

Benchmark 10-year U.S. Treasury notes US10YT=RR edged up to 0.7035%, but further gains could be capped due to worries about the U.S. labour market.