Tesla shares have fallen after a majority of Twitter users polled by Elon Musk voted for him to sell 10% of his stock.

It came after Mr Musk, chief executive of the electric car maker and the world’s richest person, took the highly unusual step of seeking views on social media about whether to offload the shares worth roughly $20bn.

He tweeted on Saturday that he would do so if users backed the proposal and the poll subsequently garnered more than 3.5 million votes, with 57.9% saying “yes”. “I was prepared to accept either outcome,” the billionaire said after the voting ended.

Frankfurt-listed shares of Tesla fell by around 7% in early trading on Monday.

Mr Musk had previously said he would have to exercise a large number of stock options – the right to buy stock at an agreed-upon price – in the next three months, which would create a big tax bill.

By selling some of his stock, he could free up funds to pay the taxes.

As of the end of June this year, Mr Musk’s holdings in Tesla came to about 170.5 million shares and selling 10% would amount to around $21bn based on the price at the close of last Friday.

Including stock options, the tycoon owns a 23% stake in Tesla – which, despite producing far fewer vehicles than conventional rivals such as Toyota – is the world’s most valuable car company by market capitalisation. 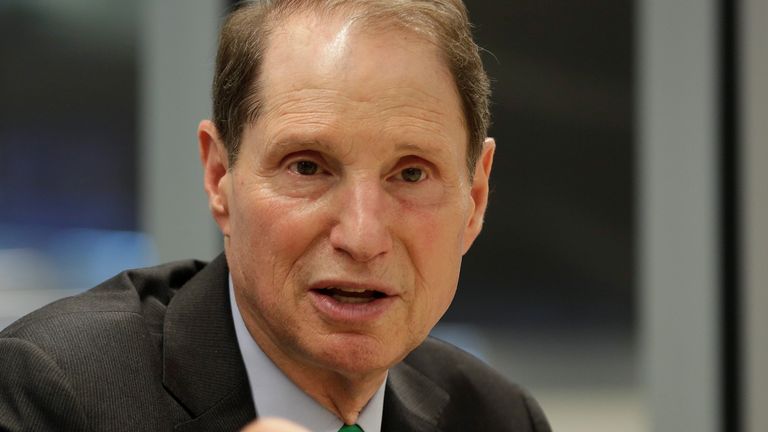 It topped $1trn last month, becoming the fifth company to do so after Apple, Microsoft, Amazon and Google owner Alphabet.

Musk’s straw poll follows a proposal by Democrat US senators to tax billionaires’ stocks and other tradeable assets to help finance President Joe Biden’s social spending agenda – and end a loophole that has allowed them to defer capital gains taxes.

In his tweet launching the poll at the weekend, the businessman said: “Much is made lately of unrealised gains being a means of tax avoidance, so I propose selling 10% of my Tesla stock.”

He added that he does not take cash salary or bonus “from anywhere” and only has stock.

Senate finance committee chairman Ron Wyden, who came up with the tax proposal, said in response: “Whether or not the world’s wealthiest man pays any taxes at all shouldn’t depend on the results of a Twitter poll.”

The Twitter poll comes after Mr Musk tweeted in 2018 that he had “funding secured” to possibly take Tesla private in a $72bn deal.

Following that episode, the US Securities and Exchange Commission had ordered the company to vet any material public communications that he made about it.

Russ Mould, investment director at AJ Bell, said: “Elon Musk doesn’t like to do things in a conventional way and so holding a poll on Twitter about whether he should sell 10% of his stake in Tesla might seem crazy, but one could say it is normal behaviour for him.

“He is so rich that he probably doesn’t care if his actions cause the Tesla price to fall a bit.

“However, he also has a duty to act in shareholders’ interests which he hasn’t done in this situation because the incident has already destabilised the company’s valuation.”

Tags: after, Elon, fall, M, shares, TESLA
You may also like
Recent News: