Thomas Brandt has loved the Masters of the Universe franchise since he was a child. Drawn to the sword and sorcery, he has gathered a large collection of He-Man toys over the years.

Now 41, Mr. Brandt eagerly supported a crowdfunding project for “the play set that I’ve always wanted”: Snake Mountain, the lair of He-Man’s archnemesis, Skeletor. At 36 inches high and 48 inches wide, the highly detailed purple mountain, made by Super7, a boutique toymaker based in San Francisco, dwarfs the original version, which Mattel made in 1984.

Mr. Brandt, an account manager in health care who lives in Nashville with his wife, paid $600 (plus $150 shipping) and had to wait a year for delivery. “It’s a gamble when you back a project,” he said, but Super7 had built a reputation for reliability, so he felt comfortable with the risk.

Other collectors are opening their wallets to buy exclusive products like a $575 Transformers action figure from Hasbro, a $350 Star Wars gunship from Lego, a $75 Magic 8 Ball from Mattel and a $250 Bear Walker skateboard from Pokémon.

The strategy is part of an effort by toy companies to form stronger bonds with fans by offering them once-in-a-lifetime toys. Many companies have beefed up their e-commerce presence to sell limited-edition items that are not found at Walmart or Target.

After slipping 4 percent in 2019, U.S. toy sales roared back last year, rising 16 percent to $25.1 billion, according to the NPD Group, a research firm. “2020 was an unprecedented year for the U.S. toy industry,” Juli Lennett, vice president and industry adviser for NPD’s U.S. toy division, said in a statement.

Much of the expansion was driven by pandemic-induced lockdowns that led consumers to shop online for entertainment options. In the first three quarters of 2020, overall online toy sales jumped 75 percent from a year earlier, NPD said.

Taking advantage of the online growth, executives at big toymakers like Hasbro and Mattel are ramping up their efforts to create dream projects. And digital strategies like crowdfunding allow smaller companies to bypass the hurdles of selling a concept to established retailers, which might balk at giving valuable shelf space to a large, expensive toy or an untested product.

“Retailers are aware of their costs and overhead; they do a lot of diligence,” said Nic Wood, the editor in chief of The Fwoosh, a website that offers toy news and reviews. “It’s hard for smaller companies to take that risk.”

“For a small company, the biggest challenge is determining the number of products to make,” he said. “I maximize the number I can make and minimize the overhead.”

How long the pandemic bump will last remains to be seen, but toymakers appear eager to leverage the growing interest.

“It seems they have sped up in terms of the frequency of offering these projects,” Mr. Wood said. “What the lasting full effect is won’t be known for another year at least.”

Hasbro started its e-commerce site, Hasbro Pulse, in 2015 to offer popular toys from its Star Wars and Transformers lines, among others, along with insider peeks and access to exclusive products. Three years later, the site was expanded to include HasLab, its crowdfunding platform for high-end toys. The first project was a 49-inch-long replica of Jabba’s sail barge from “Return of the Jedi.”

“It was a crazy idea that some of our designers had,” said Brian Chapman, the head of global design and development for Hasbro. But the company doubted its ability to sell. “We had to throw all that out the window,” Mr. Chapman said. “This was new for us.”

Even at a price of $500, the sail barge zoomed past its funding goal, a success that prompted Hasbro to offer other premium items, including a $350 Sentinel action figure from Marvel Comics and a $350 Razor Crest vehicle from “The Mandalorian.” The company experimented with offering basic and premium packages and incentives to encourage backers, as well posting production videos and interviews with designers.

“We are going where the consumer needs us to be,” said Kwamina Crankson, the general manager and vice president of Hasbro Pulse. “We have a robust road map of dream items coming.”

Only one project was not funded, a $300 Cookie Monster plush replica, but Mr. Crankson said that backers hadn’t been charged and that the failed project had offered valuable insight for the company. 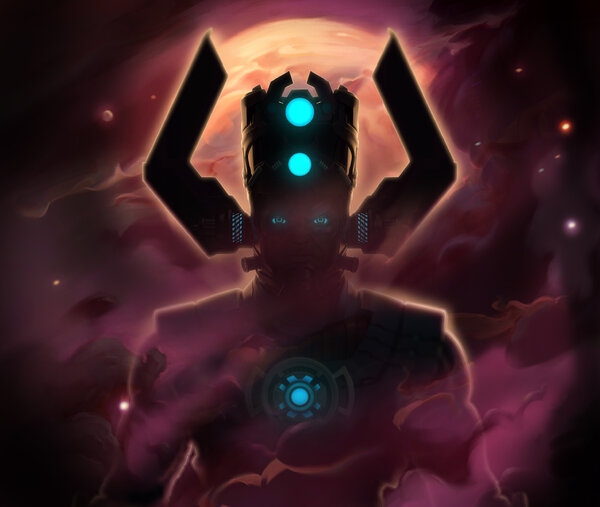 Next up: Hasbro is planning a crowdfunding project for the Rancor from “Return of the Jedi,” the first product from its premier Star Wars: The Black Series line to appear on HasLab. The company also teased an image of Galactus, a supervillain from Marvel Comics, as a toy that looks large enough to consume an actual planet.

Because of the high price tag and the long delivery window, the challenge for toymakers is being able to maintain the sense of anticipation, said Mr. Wood of The Fwoosh. A production cycle can take up to a year, and buyers can get antsy, which means companies have to stay in touch with regular updates.

“There’s a lower barrier to entry on the web, but there is a different type of work on their end to be connected and build that base,” Mr. Wood said. “From an initial risk standpoint, it’s easier, but later, you have to deliver.”

Mattel went with a simpler model, skipping crowdfunding and opting instead for limited runs of exclusive products on its website, Mattel Creations. The projects include collaborations with artists like Madsaki and Gianni Lee and companies like Herschel Supply and Tesla. Mattel even dipped its toe in the digital art world with an auction of nonfungible tokens, or NFTs, of classic Hot Wheels cars.

With Comic-Con International, the annual pop-culture festival in San Diego, Calif., going virtual again this year because of the pandemic, Mattel will use the opportunity to sell its convention exclusives on Mattel Creations, including a $50 Masters of the Universe Mega construction set in collaboration with the artist Frank Kozik and a $35 Scare Glow action figure from the Netflix series “Masters of the Universe: Revelation.”

“The world has changed from an e-commerce perspective,” said Richard Dickson, president and chief operating officer of Mattel, who sees Mattel Creations as a way to showcase the company’s history while offering new products that appeal to fans as well as art collectors.

Some of those items include a $75 Barbie doll made of translucent resin and a $300 Masters of the Universe figure, Shogun Warriors Skeletor, which stands nearly two feet tall. (Naturally, Mr. Brandt bought that one, too.)

“We are working with avid collectors,” Mr. Dickson said. “They may outgrow toys, but they never stop being fans.”