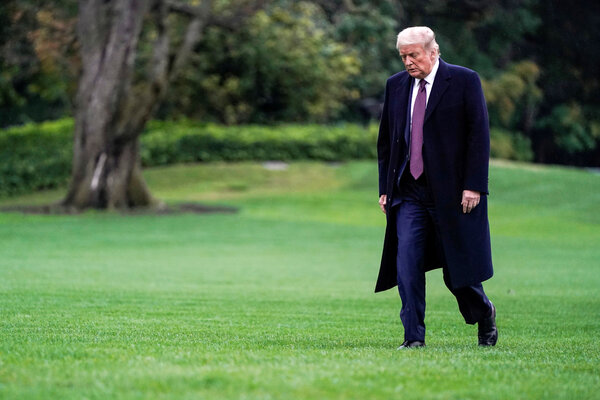 Want this delivered to your inbox each day? Sign up here.

President Trump announced overnight that he and his wife, Melania, had tested positive for the coronavirus. After months of playing down the severity of the pandemic, and with little over a month before the election, the news has thrown everything into flux.

Mr. Trump tested positive after a top adviser fell ill. The aide, Hope Hicks, began showing symptoms on Wednesday. The biggest question now is who else may have been infected, since White House officials largely eschew wearing face masks in meetings with Mr. Trump. The president has met with scores of staff members, donors and others in recent days — including Judge Amy Coney Barrett, his nominee for the Supreme Court, who is preparing for confirmation hearings.

• Also unknown: test results for Joe Biden, who faced off with Mr. Trump at Tuesday’s presidential debate, and Vice President Mike Pence, who attended a coronavirus briefing with the president on Monday. Google searches for “25th Amendment,” the part of the U.S. Constitution about the presidential line of succession, spiked shortly after Mr. Trump’s announcement. And legal experts have weighed in on what would happen if the president is incapacitated, or worse, come Election Day (it’s complicated).

• Mr. and Mrs. Trump will isolate at the White House. A busy schedule of rallies over the next several days has been cleared.

Markets are down. Futures for the S&P 500, the Dow and the Nasdaq all fell, in choppy trading. Asian and European markets also lost ground. The dollar is up against a basket of other currencies, suggesting investors are moving money to traditional havens. The big tech stocks that have served as safe harbors, of sorts, are also down in premarket trading, suggesting a true “risk-off” shift among investors.

• Political betting markets moved on the news, giving Mr. Trump slightly worse odds for re-election: a 36 percent chance of winning, according to PredictIt. The sharpest move was in the odds for Mr. Pence: The vice-presidential debate scheduled for Oct. 7 has suddenly assumed much more importance. The remaining two debates between Mr. Trump and Mr. Biden may be canceled or altered, with the next set for Oct. 15.

What are the policy implications? Mr. Trump’s dismissals of the severity of the virus and cavalier attitude toward the pandemic have given cover for state and local officials as they reopen their economies. Now that the president has caught the virus, it could give more support for the leaders keeping things locked down, which would put pressure on the economy in the short term. On the other hand, Mr. Trump’s diagnosis could give new urgency to negotiations over additional federal stimulus, which would be a boost to markets that have been calling for more aid after many of the initial programs expired.

There is much, much more to come on this story: follow The Times’s live briefing for the latest developments, read about other world leaders who caught the virus and see photos from Mr. Trump’s travels this week. 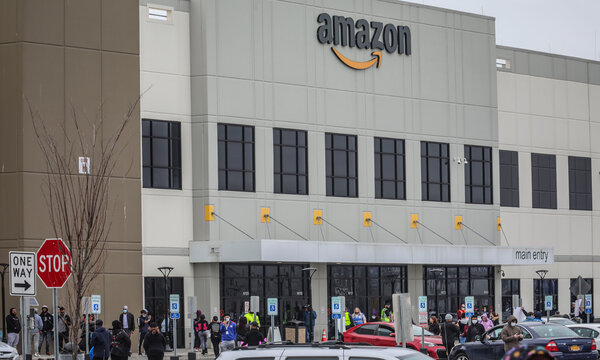 Banks say they won’t profit much from pandemic aid loans. Though the biggest banks collected at least $13 billion in fees from loans tied to the Paycheck Protection Program, they say expenses all but wiped out any profit.

Tags: Coronavirus;COVID-19, Donald Tr
You may also like
Recent News:
This website uses cookies to improve your user experience and to provide you with advertisements that are relevant to your interests. By continuing to browse the site you are agreeing to our use of cookies.Ok