(Reuters) – The U.S. push to fire up its economy in the middle of a pandemic remained stalled last week with signs the lapse of emergency unemployment benefits and business grants may have begun taking a toll. 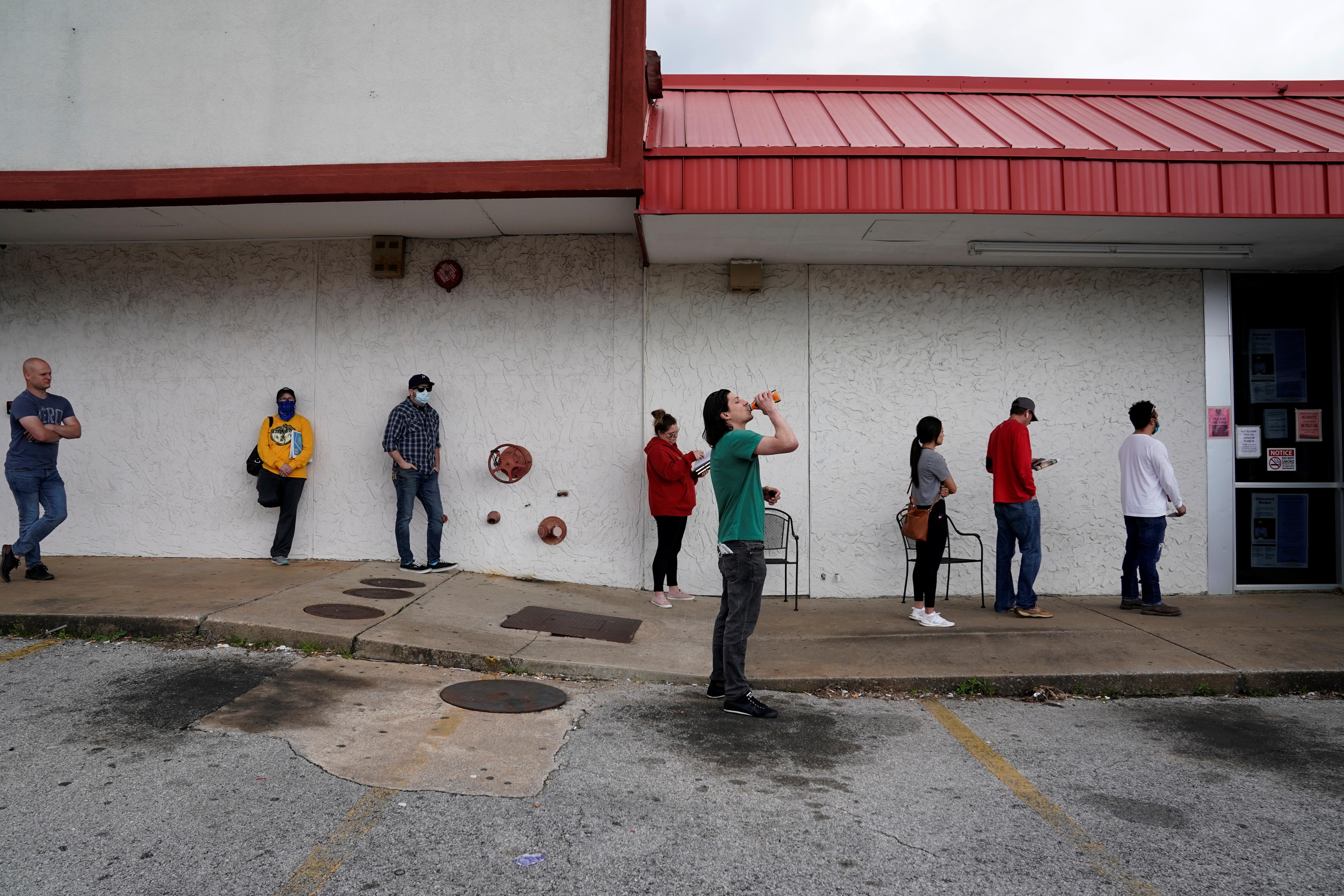 Hiring at small businesses, shifts worked across a range of industries, credit card spending and even gasoline demand that typically grows through the summer remained flat and mired far below the levels a year ago.

Initial filings for unemployment insurance did fall below 1 million for the first time since the March onset of the coronavirus-driven economic downturn, and the number of people continuing to collect benefits fell 604,000 to 15.486 million in the week ending August 1.

While both statistics indicate some rehiring continues, the numbers remain massive by historical standards. Concerns are growing that the continued spread of the virus and the inability of the White House and U.S. Congress to agree on new government support for ailing businesses and the unemployed may stifle the recovery altogether.

“The recovery seems to be losing steam,” said AnnElizabeth Konkel, an economist with job site Indeed Hiring Lab where postings rose for the 14th straight week but at the smallest pace since early May. “It’s promising that initial unemployment claims have fallen, but there’s still a long road ahead.”

The risks may be mounting. Much of the U.S. economy depends on consumer spending and a key support lapsed in July when Congress failed to extend a $600 weekly supplement to unemployment insurance. The pandemic payments had been authorized by lawmakers in March along with forgivable loans extended to hundreds of thousands of small businesses.

The combination of that support led personal income to grow despite widespread layoffs, supported jumps in retail spending in May and June, and allowed many Americans to bolster savings and pay down debt – unusual in a recession.

The high savings rate may pad family spending for a while. An initial hint on whether households are continuing to spend or getting nervous about the lengthening downturn will come on Friday with the release of July retail sales data. Retail sales are expected to have risen 1.9% last month, according to the consensus estimate of analysts polled by Reuters.

JP Morgan data on credit card spending was unchanged through the first week of August and also has been stuck since mid-June at around 10% below the year ago level.

At this point there seems little extra relief in sight. Democrats and Republicans in Congress remain deadlocked over further emergency aid even with the U.S. economy roughly 13 million jobs short of where it was in February. President Donald Trump has ordered more benefits be paid, but it is unclear if his order has legal authority.

There are some signs of resilience. Overall bankruptcies through July were 25% below the 2019 level, according to data from Epiq AACER, though Chapter 11 corporate bankruptcies have jumped as household names like J.C. Penney and Neiman Marcus succumbed to the steep drop in retail traffic.

But the early hope for a quick rebound has now faded as the move to restore normal commerce clashed with a rebound in coronavirus cases. Florida recorded a record coronavirus death toll this week, and daily U.S. case growth is more than double what it was at the beginning of June.

Estimates of retail foot traffic using cell phone locations have shown little change, according to data collected by Safegraph and Unacast, and for both companies remain below recent highs in mid-June.

The 0.5% increase in time clock “punches” for the week ended Aug. 9 contrasts with average weekly growth of 2.7% in May and 1.9% in June, “reinforcing the much slower labor recovery phase” that seemed to take root after the July 4 holiday, said Kronos spokesman Dan Gaffney.

The weight of that may already be falling on “high-touch” service businesses, many of them small firms like restaurants, bars, gyms and beauty parlors, whose fortunes were a motivation for both the U.S. government’s Paycheck Protection Program of loans to small businesses and for the push to lift pandemic restrictions sooner rather than later.

Data from Unacast showed a surge of foot traffic to those industries spread across many states in June, stalled in July, and fell through the first week of August.

Tags: ECONOMY, REOPEN, US, US Feder, USA
You may also like
Recent News:
This website uses cookies to improve your user experience and to provide you with advertisements that are relevant to your interests. By continuing to browse the site you are agreeing to our use of cookies.Ok