WASHINGTON (Reuters) – The number of Americans seeking jobless benefits fell last week, but a staggering 31.3 million people were receiving unemployment checks in mid-July, suggesting the labor market was stalling as the country battles a resurgence in new COVID-19 cases that is threatening a budding economic recovery. 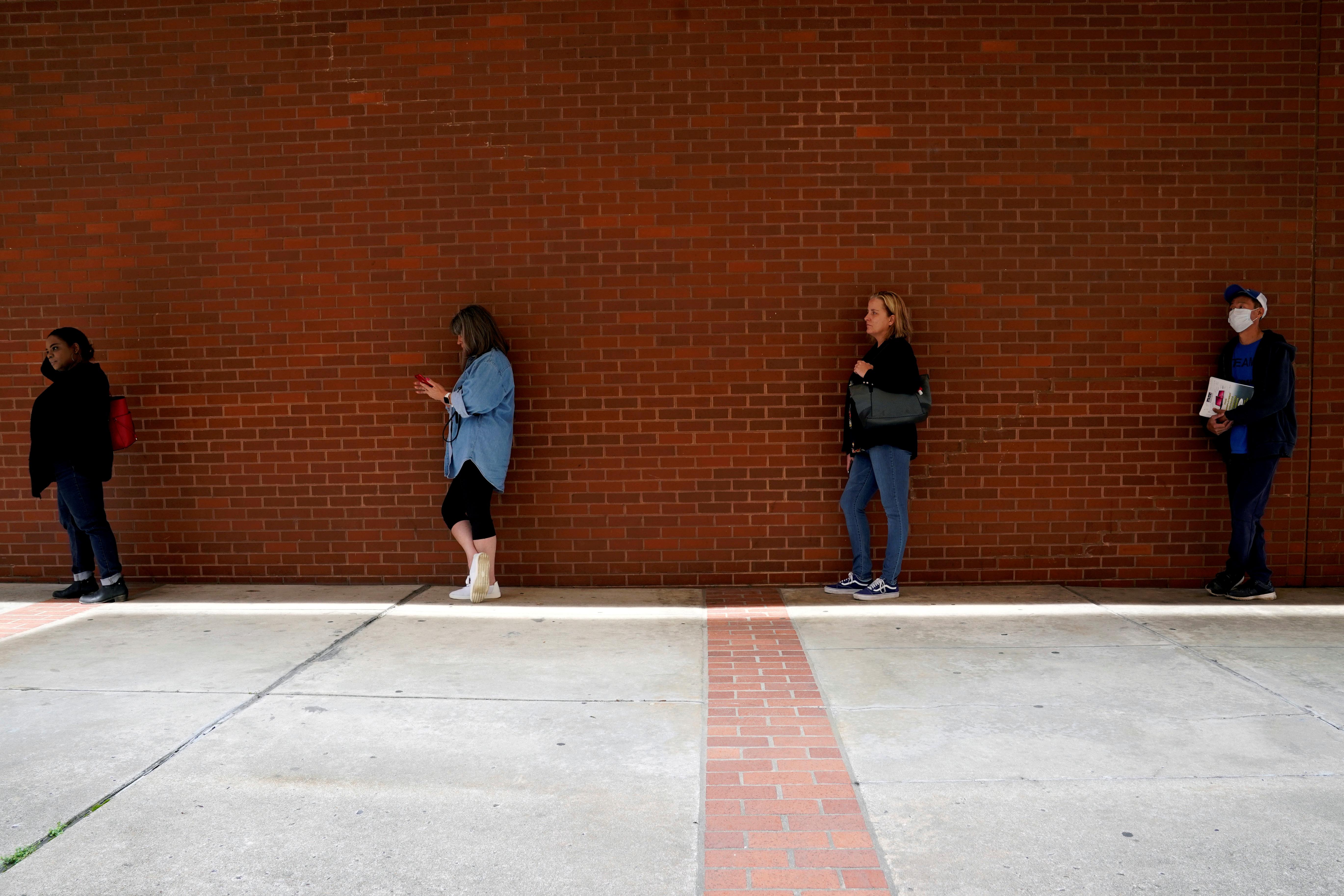 Other data on Thursday showed a 54% surge in job cuts announced by employers in July. The reports followed on the heels of news this week of a sharp step-down in private payrolls in July and continued declines in employment at manufacturing and services industries.

Initial claims for state unemployment benefits fell 249,000 to a seasonally adjusted 1.186 million for the week ended Aug. 1, the Labor Department said. That was the lowest since mid-March. Claims remain well above the peak of 695,000 during the 2007-2009 Great Recession.

Economists polled by Reuters had forecast 1.415 million applications in the latest week.

Coronavirus cases soared across the country last month, forcing authorities in some of the hard-hit areas in the West and South to either shut down businesses again or pause reopenings, sending workers back home. Though infections have eased about 5% nationally, they jumped last week in Oklahoma, Montana, Missouri and 17 other states.

The public health crisis is hurting demand for goods and services, broadening layoffs to sectors of the economy that were not initially impacted when nonessential businesses like restaurants and bars were shuttered in mid-March to slow the spread of the respiratory illness.

Businesses are also cautious about hiring. Claims topped out at a record 6.867 million in late March. Some economists attributed last week’s drop in claims to the end of a $600 weekly unemployment benefits supplement last Friday. They expected further declines in the weeks ahead. Industry groups had complained the supplement was discouraging furloughed and unemployed workers from returning to their jobs.

“The expiration of these benefits last week may have discouraged some job losers from applying, clouding the signal from the claims data,” said Bill Adams, senior economist at PNC Financial in Pittsburgh, Pennsylvania.

Last week, 655,707 applications were filed under the government-funded Pandemic Unemployment Assistance program for gig workers and the self-employed among others, who do not qualify for regular state unemployment insurance. That was down 253,093 from the prior week.

Other economists, however, expected claims to remain elevated because of weak demand and the expiration of the U.S. government’s Paycheck Protection Program that gave businesses loans that can be partially forgiven if used for employee pay.

Stocks on Wall Street dipped as investors awaited the government’s new stimulus package to prop up the economy. The dollar was steady against a basket of currencies. U.S. Treasury prices rose.

Economists said the tens of millions of unemployed workers underscored the need for another aid package. The White House and Republicans and Democrats in the U.S. Congress are working on the next wave of relief.

“Today’s jobless claims are an ominous sign that many Americans are unable to get back to work after the coronavirus lockdown of the economy earlier this year,” said Chris Rupkey, chief economist at MUFG in New York. “There aren’t enough dollars flowing through the economy to help keep it growing if the government stops its support.”

The claims report has no bearing on July’s employment report, which is scheduled for release on Friday, as it falls outside the period during which the government surveyed businesses and households for the nonfarm payrolls tally and unemployment rate.

According to a Reuters survey of economists, nonfarm payrolls likely increased by 1.58 million in July, down sharply from the record 4.8 million jobs created in June. The jobless rate is forecast to fall to 10.5% from 11.1% in June.

But July job growth could surprise on the downside. Data from Homebase, a payroll scheduling and tracking company, showed the small business recovery stalling in July, with activity declining in areas hardest hit by the coronavirus. The Census Bureau’s Household Pulse survey implied job losses.

Tags: ECONOMY, Leading Indicat, US, USA
You may also like
Recent News: