Though more than half of the 22 million jobs lost last spring have been regained, a new surge of infections has prompted shutdowns and layoffs that have hit the leisure and hospitality industries especially hard, dealing a setback to the recovery.

The latest evidence came on Thursday when the Labor Department reported that initial claims for state unemployment benefits rose sharply last week, exceeding one million for the first time since July.

Just days earlier, the government announced that employers had shed 140,000 jobs in December, the first net decline in employment since last spring, with restaurants, bars and hotels recording steep losses.

“We’re in a deep economic hole, and we’re digging in the wrong direction,” said Daniel Zhao, senior economist with the career site Glassdoor. “The report obviously shows that the rise in claims is worse than expected, and there is reason to think that things are going to get worse before they are going to get better.”

That prospect is all the more troubling because a major element of the relief package signed by President Trump last month — a $300 weekly federal supplement to other unemployment benefits — is set to run out in mid-March.

President-elect Joseph R. Biden Jr. has said he will push a new stimulus package through Congress to provide a lifeline for workers and employers until the pandemic can be brought under control. His plan will include direct payments to most households along with aid to small businesses and local and state governments.

The recent economic data has brought a new sense of urgency to such efforts, with millions struggling to make ends meet even as more job losses could be in the offing.

The Labor Department said on Thursday that 1.15 million workers filed initial claims for state unemployment benefits during the first full week of the new year. A further 284,000 claims were filed for Pandemic Unemployment Assistance, an emergency federal program for freelancers, part-time workers and others normally ineligible for state jobless benefits. Neither figure is seasonally adjusted. On a seasonally adjusted basis, new state claims totaled 965,000.

Before the pandemic, weekly filings typically totaled around 200,000.

The holidays may have held down unemployment claims in previous weeks, with people waiting until the new year to submit claims. But several economists expressed skepticism that filing delays were a major driver of the uptick in claims last week.

“I don’t think there’s any question that on the margin, there could be some unusual things going on,” said Mark Hamrick, senior economic analyst at Bankrate.com. “But we have to think also about the fact that these are not our grandfather’s unemployment lines — meaning much of this is done digitally. I think if one just tries to understand human nature, it doesn’t make a lot of sense that someone would be delaying a request for financial assistance when they’re out of work.”

More likely, economists say, is that the $300 federal supplement prompted an increase in demand for benefits.

Confusion over the new federal aid — which Mr. Trump spent several days threatening not to sign — may also have temporarily slowed down claims for Pandemic Unemployment Assistance, which fell during the week ending Jan. 2. The increase last week brought the numbers more in line with the previous elevated levels. 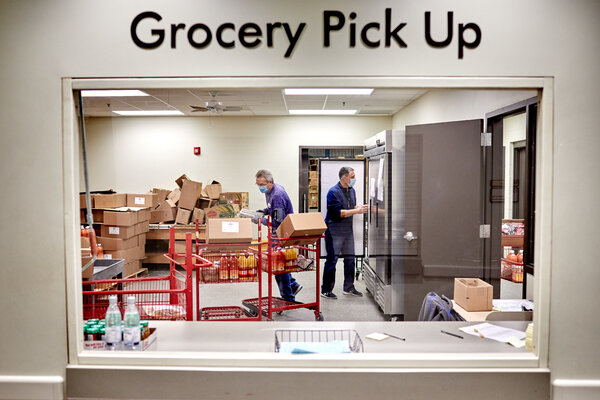 Those seeking new work have found diminishing prospects. Hiring slowed for five straight months before December’s outright reversal. In November, even before the recent surge in virus cases, the number of workers officially counted as unemployed outnumbered job openings by more than four million, according to the Labor Department.

And the Economic Policy Institute, a left-leaning research group, says the number of workers displaced by the pandemic is far higher than the 10.7 million officially counted as unemployed in December. By the institute’s calculation, after adjusting for misclassification and undercounting and factoring in those considered to have quit the labor force, 26.8 million workers are jobless or have seen a drop in hours and pay because of the pandemic.

Even with the new federal aid for the unemployed in last month’s legislation, there are continuing concerns about the processing of payments — a task left to the states — after problems with the initial round of emergency benefits last spring.

“States are extra cautious now to get as much guidance as possible,” said Michele Evermore, a senior policy analyst at the National Employment Law Project, a nonprofit workers’ rights group. But she said some states, including New York, seemed better equipped to move quickly this time, taking an “ask questions later” approach.

She said she expected that by next week most states would have “a significant piece” of their program up and running, if not all of the components.

In addition to the $300 weekly supplement and the short-term renewal of benefits for gig workers and the self-employed, the latest round of federal aid renewed Pandemic Emergency Unemployment Compensation, a program for those whose state benefits have run out.

The disparate nature of state unemployment programs, some of which provide as little as 12 weeks of benefits in normal times, has made them a target for Democrats. Mr. Biden has pledged to ensure Americans can get their unemployment insurance “on time and in full,” and Senator Ron Wyden, Democrat of Oregon and the incoming chairman of the Senate Finance Committee, has said he will press to include an overhaul of the nation’s unemployment benefits system.

Among the provisions backed by some Democrats are an automatic renewal of federal unemployment benefits and other aid until the jobless rate falls to a given level. That would alleviate the need for repeated congressional action in times of crisis.

In the meantime, as the coronavirus pummels the service sector, employers are likely to cut more jobs in the weeks ahead. Some struggling businesses may not survive.

“When I look at the situation of the pandemic and the health situation, people are still scared of the virus, as they should be, and that is going to have an economic impact,” said AnnElizabeth Konkel, an economist at the career site Indeed. “The virus is the root of all that is going on right now.”

Still, economists and analysts see better times ahead, possibly as soon as the spring. As more people are vaccinated, cases will begin to fall, which will ease restrictions on businesses and could lead to a resurgence in consumer activity. Warmer weather could allow more people to gather outside, slowing the spread of the virus, as it did last year. A new stimulus package could also alleviate some of the pandemic’s economic pain.

Yet even when the coronavirus does become contained, economists say that an upswing will not happen overnight.

“As we get into the second quarter, the economy should begin to heal,” Mr. Hamrick of Bankrate said. “But clearly, all of this has taken much longer than anyone expected, and probably the healing will take some time as well.”

Tags: unemploy, Unemployment benefits
You may also like
Recent News:
This website uses cookies to improve your user experience and to provide you with advertisements that are relevant to your interests. By continuing to browse the site you are agreeing to our use of cookies.Ok