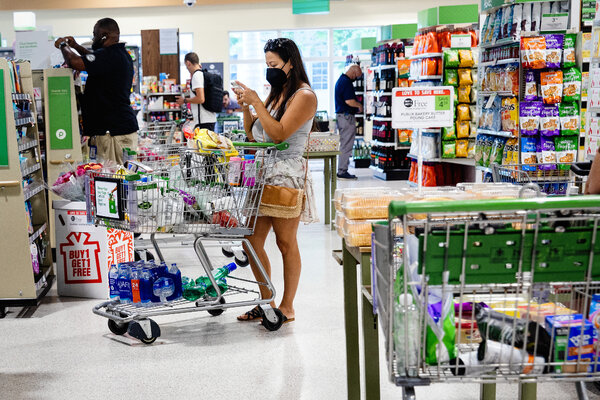 With the coronavirus spreading across the country and hospitalizations rising again, and public health officials warning that the Delta variant carries new risks even for vaccinated people, big businesses are rethinking their plans.

Some are delaying their plans to bring workers back to the office, and others are restoring mask requirements for customers. In the last week, several have also imposed vaccine mandates, after having held off on such a step for months.