When Disney+ made its debut, it served up a “Star Wars” blockbuster, “The Mandalorian.” When AppleTV+ came online, it offered a big-budget original series starring Reese Witherspoon and Jennifer Aniston. Another newcomer to streaming, HBO Max, lured subscribers with a “Wonder Woman” sequel.

Discovery is taking a much different approach with its entry into streaming.

“Almost all of the players in the business moved toward scripted series and scripted movies,” David Zaslav, the chief executive of Discovery, said in an interview. “They went to the big stars and the red carpet. The big shiny object.”

“We’re not as shiny,” he continued, “and we don’t have a lot of red carpets.”

Mr. Zaslav is wagering that people are now ready to subscribe to a streaming service filled with the kind of thing you can watch with one eye while folding the laundry, paying bills or scrolling through social media. And just how much is he willing to bet that people are willing to pay for a platform that promises a more casual viewing experience?

“We are betting the company that they do,” he said. 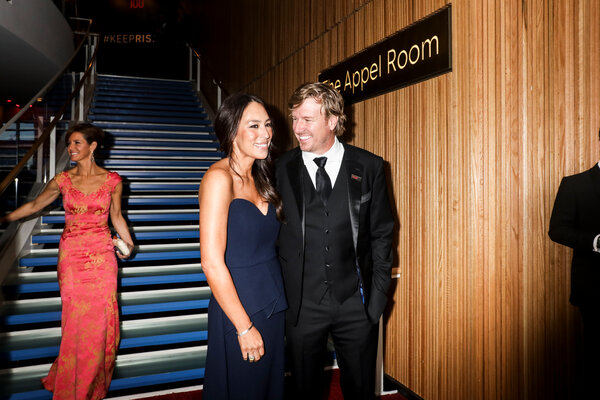 Discovery+ is a late entrant to a crowded field. The service — which costs $5 a month with commercials or $7 without them — will offer 55,000 hours of programming, series like “Diners, Drive-Ins and Dives,” “Deadliest Catch,” “Naked & Afraid,” “On the Case with Paula Zahn” and “Dr. Pimple Popper.”

It will also have many new shows, including the American debut of “Judi Dench’s Wild Borneo Adventure,” along with spinoffs of reality standbys like “90 Day Fiancé,” “Say Yes to the Dress” and “Fixer Upper.” There will also be nature programming from the BBC, the studio behind “Planet Earth” and “Blue Planet.” And in place of the Kidmans, Streeps and Baby Yodas who helped other new platforms make a splash over the last year, Discovery+ has Chip and Joanna Gaines, Guy Fieri, Mike Rowe and Bobby Flay.

Discovery made itself into a cable giant with that kind of programming, series that lend themselves to “ambient or genre-based viewing — something to watch when a viewer doesn’t want to watch anything in particular,” said Brian Wieser, a media analyst and global president of business intelligence at GroupM, a media investment company.

Mr. Zaslav believes Discovery’s success in the channel-flipping years will be a fit for the on-demand era. For much of television history, he noted, network schedules were built on “passing the day,” a programming strategy that has fallen somewhat out of favor as media and tech companies invest in flashy limited series like HBO Max’s “The Undoing” or Netflix’s “The Queen’s Gambit.”

“When you wake up and put the ‘Today’ show on in the background, or put on the Food Network, it’s for comfort,” Mr. Zaslav said. “You don’t watch ‘The Undoing’ while you’re cooking dinner. But you do put on Guy Fieri, or ‘Super Soul Sunday,’ or ‘Fixer Upper,’ or ‘How It’s Made,’ or ‘Mythbusters.’”

Mr. Wieser, the analyst, said he was skeptical that a strategy that emphasizes comfort viewing will work for a medium that has hooked viewers with one binge-worthy series after another.

“People can stay and watch as they randomly flip around channels, and they can enjoy it, too,” he said, “but that’s not necessarily going to get them to buy a new subscription.”

In recent months, though, there have been signs that Mr. Zaslav’s bet could be timely. In October, the hosts of the “The Watch” podcast from The Ringer discussed their love of “passive TV.” In November, The New Yorker noted the “the rise of ambient TV” in an essay that praised shows you can have on in the background. And Netflix has pushed into Discovery’s old territory, with reality series like “Dream Home Makeover,” “Street Food” and “Tidying up with Marie Kondo.”

Mr. Zaslav excused the late arrival of Discovery+ by arguing that it made sense for his company to wait for other streaming platforms to do the dirty work of conditioning viewers to pay monthly fees. (The service will get an early boost through a promotional deal — many Verizon customers will get Discovery+ free for 12 months.)

The competition is sure to be intense. In addition to Netflix’s foray into unscripted programming, Disney+ has plenty of nature shows. Curiosity Stream, a stand-alone service that offers nature and nonfiction programming, has been a success.

Mr. Zaslav remains hopeful that reality fans will welcome an old-guard standout into the streaming fold. And he argues that his way of putting together shows — with modest budgets and few big stars — is a winning one, no matter the medium.

“We’re different,” he said. “We have different economics. People watch us differently. But they love us just as much. That’s what we want to prove.”

Tags: Discovery Ch, TV, Web television
You may also like
Recent News:
This website uses cookies to improve your user experience and to provide you with advertisements that are relevant to your interests. By continuing to browse the site you are agreeing to our use of cookies.Ok