The daughter of a Holocaust survivor has begun a legal battle to protect her deceased mother’s reputation from allegations that she had a lesbian relationship with an SS guard.

Earlier this year, a German court ruled that Dr Anna Hájková, associate professor of modern continental European history at Warwick University, had violated the woman’s postmortem personality rights by publicly claiming that she had a sexual relationship with the Nazi guard while imprisoned in concentration camps.

The woman’s daughter is now suing the academic for €25,000 (about £23,800) for five alleged breaches of the ruling, which the academic denies, with a new court case under way in Frankfurt.

She has also made a complaint to Warwick University, which has begun an investigation into whether Hájková’s conduct towards her fell short of its ethical research standards.

The Jewish woman at the centre of the legal battle, who died 10 years ago, met the Nazi guard after she was transferred to a concentration camp in Hamburg in 1944, her daughter’s lawyer told the Frankfurt regional court.

The SS guard fell in love with the young woman and imagined that they had a future together after the war, the court heard. The guard followed the prisoner when she was moved to two other concentration camps, the last being Bergen-Belsen. After that camp was liberated in 1945, the guard was arrested while trying to hide among the prisoners. In 1946, a British military court sentenced her to two years in prison.

Hájková, who is researching the queer history of the Holocaust, said testimonies by survivors of the camps and legal documents from the guard’s trial led her to conclude that the two women might have had a lesbian relationship, either coercive or consensual. However, she acknowledged that there was no definite proof of this. 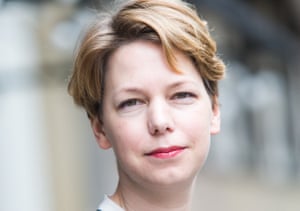 ​W​hen Hájková contacted her in 2014, ​t​he daughter, an Australian citizen, said​ ​she told the academic that the women’s relationship was not sexual. She said the guard was infatuated with her mother, who used this to help her to survive the camps.

She said: “Me and my sister both knew that she got special favours and that the guard liked her. But it wasn’t physical. She said specifically she was never sexually or physically abused. I think she got away with a lot because she was charming, beautiful and a bit cheeky. She said to the woman who was doing the number [tattoo] on her arm, ‘Do you mind making it a bit smaller so it looks okay with my evening dress?’ ”

Last year, in promotional material announcing lectures in Germany and Austria about her research, Hájková named the two women and said they had a lesbian relationship. The historian promoted one lecture on Twitter with a photo of the Jewish woman, and in another online announcement, written in German, stated that “the inmates of the … women’s satellite camp observed the relationship between the guard and the prisoner woman with fascination and loathing”.

The daughter, who was horrified by the announcements, took Hájková to court in Germany, as her mother was a German citizen and under the country’s constitution a person’s reputation is protected from harm after their death. Her lawyer argued that the claims threatened to destroy her mother’s “lifetime image and achievements”.

In her defence, Hájková’s lawyer invoked her freedom of opinion and academic freedom.

In April, the court ruled that Hájková’s claims in the announcements had infringed the dead woman’s dignity, and that she must refrain from claiming that the former prisoner had a sexual or lesbian relationship with the SS guard. It also barred her from using the woman’s full name or photograph in this context without the permission of her daughter.

In 2014, Hájková promised the daughter that she would not use her mother’s full name in her work but the historian said she “simply forgot” this pledge.

The daughter is unhappy with the preliminary recommendations of Warwick University’s investigation, which she says would require Hájková to undergo training to ensure that she complies with the university’s research code of practice.

The daughter, who said the draft report found there was insufficient evidence to conclude that her mother had a physical relationship with the guard, added: “I want the university to take stronger disciplinary action against her and to pay compensation for the extreme distress caused to me. I’ve told the [inquiry] panel I have been hysterically crying. I need this resolved so desperately.”

Hájková told the Guardian that she had gone beyond the requirements of the German court ruling by since referring to the dead Jewish woman using a pseudonym rather than an abbreviated name when referring to her alleged relationship with the guard.

The Jewish Czech academic, who is also a descendant of Holocaust victims, added: “My approach to queer Holocaust history shows a more complex, more human, and more real society beyond monsters and saints.”

The historian added that she could not comment on the ongoing university investigation.

A Warwick University spokesman said it would not comment until its internal investigation and the new German trial were concluded.

Tags: EUROPE, GERMANY, Holocaust, law, Second world war, UK news, University of Warwick
You may also like
Recent News:
This website uses cookies to improve your user experience and to provide you with advertisements that are relevant to your interests. By continuing to browse the site you are agreeing to our use of cookies.Ok