A federal judge upheld the school’s mandate. But an appeal is on the way, and the mandates remain divisive across the country. 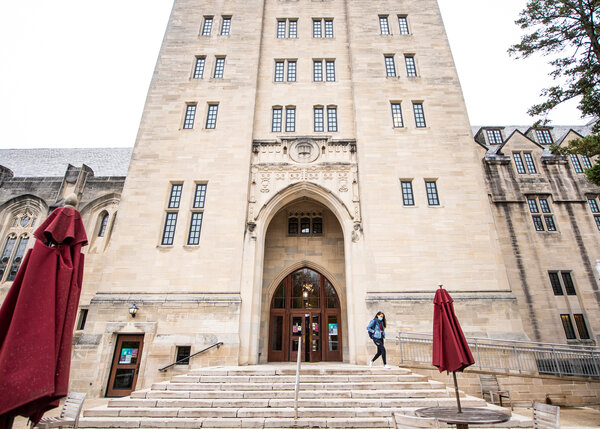 A federal judge upheld Indiana University’s requirement that students and staff members on campus be vaccinated against the coronavirus this fall, but the ruling is unlikely to be the last chapter in the culture wars over vaccine mandates.

In his opinion, released on Monday, Judge Damon R. Leichty of the U.S. District Court for the Northern District of Indiana said he weighed individual freedom against public health concerns in his ruling that the state’s flagship university could require vaccines.

Judge Leichty’s ruling appeared to be the first case in which a university’s coronavirus vaccine requirement has been upheld, yet in delivering the ruling he expressed his personal misgivings, citing individual freedom and self-determination.

Somebody could point to “a certain Emersonian self-reliance and self-determination as preference — an unfettered right of the individual to choose the vaccine or not,” Judge Leichty, who was appointed by President Donald J. Trump, wrote in his ruling. But he added that judicial restraint was required to avoid “superimposing any personal view in the guise of constitutional interpretation.”

The judge’s conflicted sentiments appeared to mirror a national division, as plaintiffs in the case vowed to appeal.

A lawyer representing eight students at Indiana University, James Bopp Jr., said the case turned on the right to “bodily integrity and autonomy.”

“What we have here is the government forcing you to do something that you strenuously object to, and have your body invaded in the process,” said Mr. Bopp, of Terre Haute, Ind., who is working with America’s Frontline Doctors, an organization that has questioned the coronavirus vaccines and promoted the use of alternative treatments.