As a female computer scientist, Alexia Athanasopoulou is used to being in the minority. “People have asked me: ‘you’re a girl, why are you doing this?’”. But it was when she moved to the Netherlands to start her PhD that she noticed a big difference. “The ratio of men to women in my engineering department was very high, and this had consequences for the working culture,” she says.

That women are underrepresented in science, technology, engineering and maths (Stem) is a well-known problem. The statistics for gender balance in higher education are similarly bleak: the European Commission estimates that women make up 48% of graduates but hold only 24% of senior academic roles, falling to 15% in Stem. Dutch universities are particularly gender imbalanced, and last year Eindhoven University of Technology (TUE) sat at the bottom of the pile with women representing just 15% of professors.

The university is hoping a bold new approach to hiring practices may change that trajectory. It has made headlines by pledging only to hire women across all academic positions and at all levels until it reaches a target of 30% women professors in every department. New vacancies must be closed to men for the first six months, after which departments may open up the recruitment pool, provided they can demonstrate that no qualified women were available. 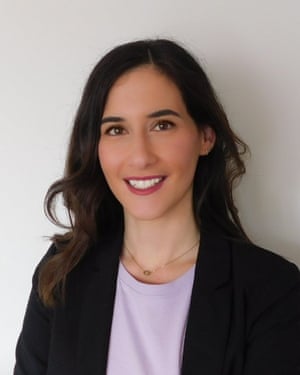 TUE has also introduced a new Irène Curie fellowship, which is specifically targeted at filling senior Stem roles (though it is available across disciplines) and comes with a €100,000 (£90,000) research fund and social support network. Through this scheme, Athanasopoulou is now an assistant professor in information systems at TUE.

The programme was heavily debated ahead of its launch, with roughly one third of staff against it, according to Robert-Jan Smits, president of TUE’s board of governors. “But without this radical measure, we would have only arrived at a 50% gender balance by 2042 – we just did not want to wait that long.”

Smits believes that “disruptive measures only work when there is a strong commitment at the top, from leadership”. So far, he’s right: the proportion of female staff has leapt from 15 to 25% in the past year. The plan is for this to rise to 30% within five years.

But the road to equality does not run smooth. Last month, TUE was taken to the European Court of Human Rights over claims their women-first initiative was discriminatory. A decision is expected in July, and if found in breach of fair recruitment laws, TUE’s leaders will have to rethink their strategy.

TUE is by no means the first university to opt for radical measures in addressing institutional inequality. In 2017, Essex University undertook what was believed to be a UK first in boosting the salaries of all its senior women, effectively eradicating the institution’s gender pay gap where it was widest.

Essex has since reduced its mean average pay gap from 24.8% to 16.5%, but Lorna Fox O’Mahony, deputy vice-chancellor at the institution, says it has further to go. While the pay boost earned media coverage and warm words from other universities, no other institution has followed suit.

“This is a really tricky issue and there are long-term challenges with no single solution,” she admits. “We took significant action to ensure men and women get equal pay for work of equal value, but there is a second dimension that comes down to cultural change.”

Cultural change is urgent: women and minority academics earn less than their white male equivalents and are more likely to be on part-time or precarious contracts. Meanwhile, the #MeToo campaign revealed the shocking prevalence of sexual harassment, violence and assault on campuses. Advance HE figures for 2017-18 suggest UK professors remain overwhelmingly white (91%), male (74.5%) and able-bodied (96.9%) – which is not reflective of an increasingly diverse student body.

“That teachers and lecturers should represent a diverse range of people is something students are increasingly aware of,” says Sara Conejo Cervantes, chair of the feminist and gender equality society at Bath University. She says student campaigners work increasingly with academic staff to promote fairer hiring processes, equal pay and diverse teaching content.

“It’s definitely something students look for now in a university because everyone brings different things to the table. [Having staff] from different backgrounds ensures that different problems and stories are being shared.” She cites her own example as illustrative: as a maths and computer sciences student, most of Conejo Cervantes’s tutors and fellow coursemates are male, but she would prefer to go to a female teacher with an issue.

There is a growing body of research to support the idea that teaching and learning are improved by a diversity of perspectives. Staff from historically marginalised backgrounds are more likely to integrate diversity issues into their curriculums, employ more inclusive approaches to learning and act as powerful role models.

Some diversity experts are sceptical of “quick fix” initiatives like those trialled at Essex and Eindhoven. “I would much prefer to see the systemic problems in higher education being fixed, rather than cohorts being appointed as if by grace and favour. Who wants to be told, years later, that they only made the grade ‘because they were a woman’, not because of their innate brilliance?” asks Athene Donald, master of Churchill College, Cambridge. 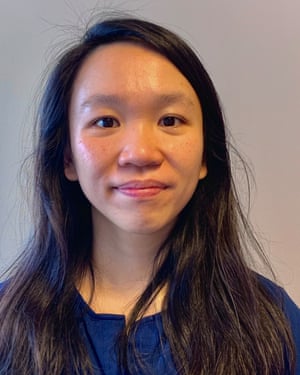 Would TUE’s latest hires have applied for an Irene Curie fellowship had the scheme not been targeted at women? “I would have applied regardless,” says Michelle Chong, an assistant professor in Eindhoven’s department of mechanical engineering and Irene Curie fellow. “In traditionally male-dominant disciplines, I believe that hiring faculty not solely because they are women, but because they are solid scientists in their own right, is beneficial in addressing the gender gap.”

‘Students like the flexibility’: why online universities are here to stay

Deniz Ikiz Kaya, an assistant professor in heritage and sustainability, agrees. “I had already met all the required and almost all of the suggested criteria listed in the job description. So I thought I was a very good match for the position, and considered the targeting of women candidates as a bonus point.”

The security of the scheme’s tenure track position is also a draw. “One of the scheme’s biggest benefits is that it provides a full starter package that supports women across all levels,” Kaya adds. TUE promises flexible work schedules, a career opportunity programme to support accompanying partners, on-campus daycare for children and access to campus sports facilities.

Kaya believes the fellowship could influence other universities. “TUE might contribute to setting high targets and standards for others. I think this policy has already acted as a catalyst for positive change.”

Tags: Education, Higher education, Universities
You may also like
Recent News:
This website uses cookies to improve your user experience and to provide you with advertisements that are relevant to your interests. By continuing to browse the site you are agreeing to our use of cookies.Ok