UK public institutions, including schools, are clamouring to show they are card-carrying anti-racists. Pictures of patients who have died from Covid-19 have had a striking similarity: mainly black and brown faces because, shockingly, BAME people are twice as likely as white Britons to die of the virus. The murder of George Floyd in the US has galvanised people into action, at least for the moment.

Some educational institutions have released statements declaring they believe Black Lives Matter. But how, beyond the slogans, do they commit to concrete and long-term change? And where do schools start?

Alison Kriel, an education consultant with nearly 20 years’ experience of leading schools in the London borough of Hackney, says issuing statements without a deeper knowledge of racism and anti-racism work only betrays a lack of understanding. When schools do this, Kriel says, they unwittingly reveal, however well meaning they are, that they may not be listening, running the danger of becoming what Kriel calls “laminated, not living practice” for the purpose of ticking a box. A statement is fine as long as concrete measures follow.

Instead of making megaphone announcements saying racism is wrong, headteachers should reflect on how their school structures may have allowed inbuilt institutional racism to arise. Jeffrey Boakye, a teacher and author, says school leaders should treat racism like safeguarding or health and safety. “Who is trained to tackle it? What precautions have been put in place? Are you ready to accept that your school is always unsafe?”

For Kriel, schools must first work on their ethos. A good place to start is in shifting from an autocratic style of leadership that produces change through fear to a collaborative model enabling open and difficult conversations about race and unconscious bias. Without this, a culture of silence pervades in which important discussions about racial inequality and discrimination are shut down.

A 2015 report by the National Association of Schoolmasters Union of Women Teachers (NASWUT) found that 54% of BAME teachers had reported experiencing discrimination and harassment as a result of their ethnicity. It also revealed that 62% of them believed BAME students were not treated fairly. Black Caribbean pupils were three times more likely to be permanently excluded than their white counterparts.

Emmanuel Awoyelu, a teacher and Senco at a special school, New Rush Hall in Ilford, east London, says schools must create safe spaces for teachers and pupils to explore their experiences of racial inequality. For students, it can look like afternoon “golden time”, where children discuss their experiences in small groups. In secondaries, pupils can meet during break or lunch to talk through their experiences.

Equality in schools: ‘What makes people think a black woman can’t be headteacher?’

And for teachers, are clear policies in place for them to report instances of racial discrimination without fear of repercussion? “Schools must emphasise the need for staff and governors to be reflective of prejudice and stereotypes they have,” says Awoyelu. Doing something once a year won’t cut it either. As the Runnymede Trust’s latest report on Race and Racism in English Secondary Schools argues, schools must embed racial literacy for all.

Allana Gay, headteacher of Vita et Pax preparatory school in north London and founding member of the BAMEed Network, says school leaders should question the alienating nature of the British value of “tolerance” in their school. Who wants to be tolerated, rather than accepted and understood? Tolerance suggests an agreement to let sleeping dogs lie. Acceptance, Gay says, shows that “I recognise your differences and appreciate you.”

But what of schools that largely have white pupils? If scenes of far-right rioters in London have taught us anything, it is that these settings are where values of diversity and inclusion are most needed. Schools can reflect principles of acceptance and openness to dialogue in building relationships of exchange and collaboration with schools made up of very different communities. 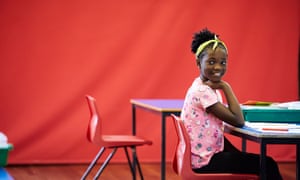 Dr Lorna Cork, a leadership consultant, says change can only be sustainable when school leaders are willing to question every stage of their recruitment processes, from what is written in the advert, to where those ads are placed. This applies to the recruitment of teachers, senior leaders and governors.

Organisations such as BAMEed Network offer support to headteachers looking for a more diverse talent pool. Both Cork and Awoyelu point to blind recruitment as one part of a solution, where candidates’ surnames are removed so an applicant’s skills and experience are evaluated free from the recruiter’s unconscious biases. Last year, research from Nuffield College’s centre for social investigation (CSI) uncovered that BAME applicants send 60% more job applications than their white counterparts before receiving a response.

‘Divided Oldham’? Inside the school that defies Farage’s narrative

But for Cork, once schools hire black and minority ethnic teachers, they must ask themselves how they are supporting and retaining them. This is not to ask for special treatment, she says. Rather, it is that black teachers want to be given the same support their white counterparts have, whether that be with behaviour management as newly qualified teachers, or mentorship and coaching for progression. The Runnymede report found BAME teachers tended to be more isolated and lacking in support from colleagues.

Schools are often full of excuses as to why their curriculum is not more reflective of diverse communities. Nick Dennis, director of studies at an independent school in Hertfordshire, says, however, that the capacity to broaden the curriculum has always been there. What is needed is for teachers to “go beyond what is to hand”. Schools should link up with innovative university departments, academics and research students keen on demonstrating a wider social impact, he says.

Sonia Thompson, headteacher of St Matthew’s Church of England primary school in Birmingham, says it is normal for her school to reflect the ‘‘full diversity of human histories”, as described by the Royal Historical Society in 2018. A head for 10 years, she says BAME pupils, in particular, are sometimes considered “empty vessels” for their teachers to fill up. Schools often undervalue such children and inhibit what they are able to display intellectually, she says, but all children are “funds of knowledge who bring a lot to the table”. 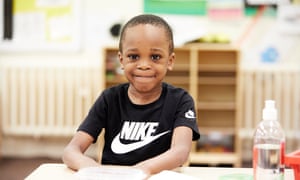 Thompson says schools can begin with a careful audit of their curriculum before harnessing the “rich repository children and their parents bring”. A strong believer of a “knowledge rich curriculum”, she says what is considered the best knowledge is itself subjective, and schools must question this.

In her school, which serves a large Somali community, reception children begin with a unit on family histories entitled “our lives, our families”, as part of what the head called “sharing literacy lives”. From here, they explore the history of traditional Somali food and clothing. Black and Muslim inventors, philosophers and leaders are studied and celebrated so pupils view them as change-makers in their own right.

Headteachers have the power to create open environments where BAME staff can raise issues of discrimination and racial inequality without being deemed troublesome. Everyone needs to be prepared to feel uncomfortable and resolve to move past this. If your school is in a largely white area, recognise that issues of race are as much your concern as colleagues in metropolitan hubs. See it as your business to teach inclusivity and acceptance.

Recruit more BAME teachers. Offer them the early career support often lacking, so the profession can retain them. Recognise their talents by promoting them into leadership positions. Be prepared to view BAME families not as problems to be solved, but partners in the communities you serve. Diversify the curriculum. In short, make space.

Tags: children, Curriculums, Education, Primary schools, RACE, Race in education, Secondary schools, Society, Teacher training, Teaching
You may also like
Recent News:
This website uses cookies to improve your user experience and to provide you with advertisements that are relevant to your interests. By continuing to browse the site you are agreeing to our use of cookies.Ok