All eyes were on the West Yorkshire constituency of Batley and Spen this week as voters headed to the polls on Thursday. Now the wait is finally over and the Labour Party candidate, Kim Leadbeater, has secured victory in the seat once held by her sister, Jo Cox MP, who was murdered in the town in 2016. Labour leader Sir Keir Starmer congratulated Ms Leadbeater on her “positive campaign of hope”, describing her as “brilliant and brave”.

Sir Keir said in a statement: “Kim has shown inspiring resilience in the face of hatred and intimidation. She was unafraid to call it out and ran a positive campaign of hope.

“Kim embodies everything I want the Labour Party to stand for: passionate about her local community and determined to bring people together.

“We won this election against the odds, and we did so by showing that when we are true to our values – decency, honesty, committed to improving lives – then Labour can win.

“This result shows Labour at its best. This is just the start.” 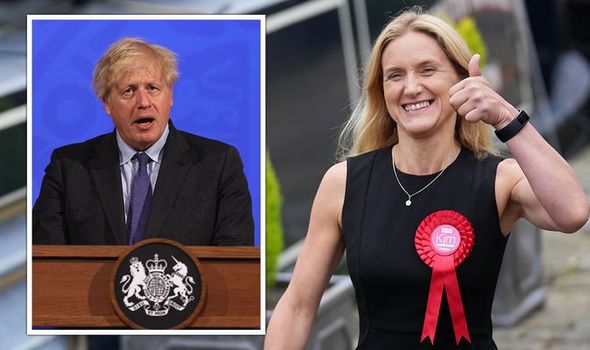 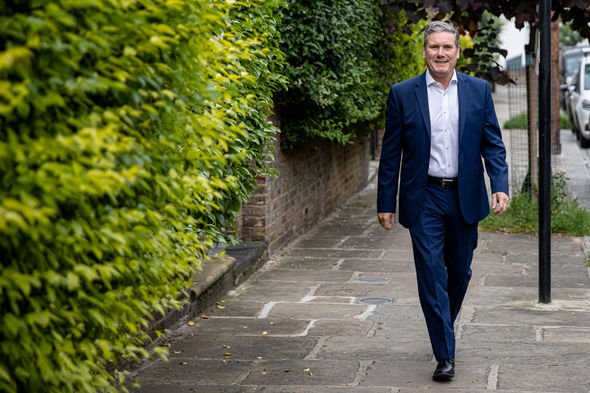 What was the vote breakdown?

The result of the Batley and Spen by-election was a Labour hold, with the party winning a majority of 323.

Labours majority in this election was down from the 3,525 vote cushion won by Labour MP Tracy Brabin in 2019. 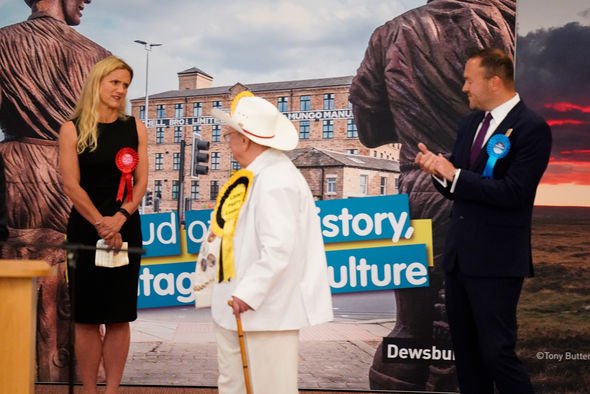 Conservative candidate Ryan Stephenson secured 12,973 votes, while George Galloway and the Workers Party of Britain got 8,264.

The turnout at this by-election was 47.6 percent, which is considerably lower than the average turnout during a general election. 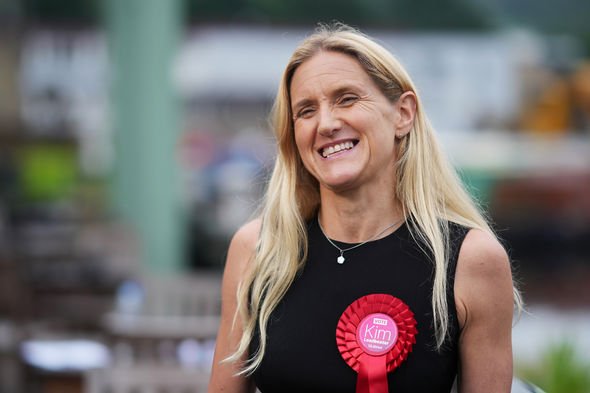 What does Labour’s victory mean for Boris Johnson and the Conservatives?

After two devastating defeats at the Hartlepool and Chesham and Amersham by-elections earlier this year, many were questioning whether Labour was succeeding in winning over voters under the new leadership of Sir Keir Starmer.

In particular, Labour’s loss of Hartlepool, a constituency traditionally seen as a Labour safe seat, was another major blow for the party, as many of its ‘red wall’ seats in the north were lost to the Conservatives in the 2019 general election.

As polls and bookmakers forecasted a Conservative win in Batley and Spen this week, the future of Sir Keir’s leadership was called into question. 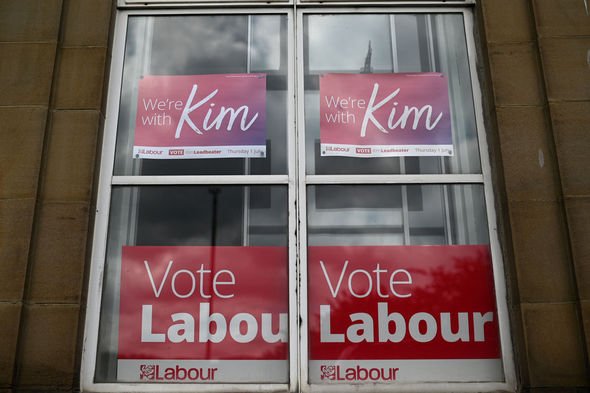 But this week’s win will no doubt come as a great relief to Sir Keir, who has made it clear that regaining the trust of traditional Labour voters is a priority under his tenure.

Sir Keir may have faced a challenge from his deputy, Angela Rayner, had the party lost another northern seat to the Conservatives, it has been reported.

And while Labour may have some cause for some celebration now, Ms Leadbeater’s win could spell future trouble for Boris Johnson and the Conservative Party.

Undoubtedly, Mr Johnson would have hoped for a third by-election defeat this year for his rival party, to further solidify the Conservative presence in Parliament.

But Labour’s win proves the north of England has not completely turned its back on Labour yet.

Over the next few years, Labour could start to regain voter trust in its historic northern heartlands – potentially spelling trouble for Mr Johnson and his party at the next election.

Arguably, the by-election result in Batley and Spen could also be said to highlight a growing sentiment of distrust in Mr Johnson’s government.

Conservative Party leaders have speculated that the recent resignation of Matt Hancock as Health Secretary may have impacted the by-election result in Batley and Spen.

Amanda Milling, Conservative Party co-chair, told Sky News: “It was something that came up on the doorstep, I have to be honest about that.

“They had some issues over the weekend in terms of what happened. Matt resigned and that was the right thing to do.”