The BBC correspondent said the humiliating results at Hartlepool mark a political “earthquake” for the Labour Party and its leader Sir Keir Starmer. The Conservatives snatched the Red Wall seat for the first time since its creation in 1974, with Labour’s votes collapsing by over 6,000. Chri Mason suggested the results will have a significant impact on the future of the party.

Mr Mason said: “Make no mistake, this is an earthquake in Hartlepool.

“A majority of 6,940, a 16 percent swing from Labour to the Conservatives.

“And remember, the Conservatives have been in Government for 11 years.” 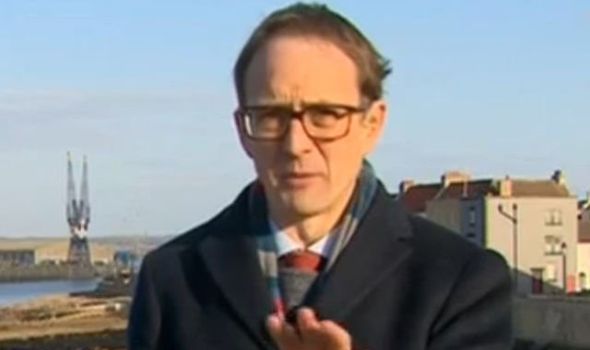 The BBC correspondent also suggested the results had shown Labour “have not yet hit the bottom.”

The by-election appeared to draw in criticism towards Sir Keir’s leadership strategy within minutes of the results being announced.

Kemptown & Peacehaven MP Lloyd Russell-Moyle said on Twitter: “Good to see valueless flag-waving and suit-wearing working so well… or not?”

Momentum said: “This result is a disaster. In 2017, we won over 50% of the vote in Hartlepool. Now it looks like we’ve lost it to the Tories.

“A transformative socialist message has won in Hartlepool before, and it would have won again.”

“Generally when you are in power you take a hammering at any by-election, any opportunity that the electorate has to give you a kicking, they tend to do so.

“It’s only happened three times in the past 50 years that a party in power has won a by-election and to do so in such an iconic place it does so much of the talk of the past 18 months in perspective.”

Tags: B, bbc news, ctp_video, headlines
You may also like
Recent News: