The Treasury Department issued new rules intended to make it easier for tenants to benefit from the $46.5 billion in emergency rental aid. 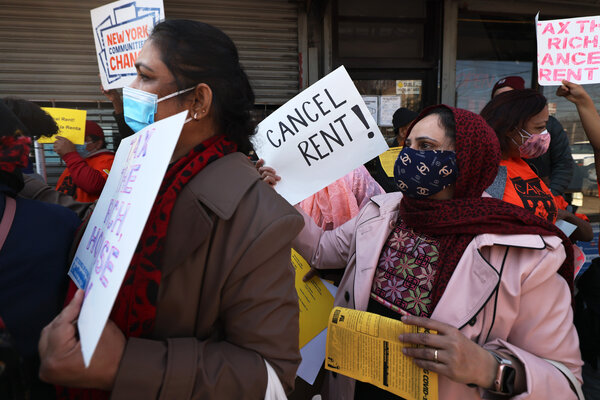 WASHINGTON — Two days after a federal judge struck down a national moratorium on evictions, the Biden administration said on Friday that it would accelerate the distribution of vast sums of rental aid that state and local governments have been slow to spend.

The Treasury Department issued new rules meant to make it easier for tenants to gain access to the $46.5 billion in aid. They simplify applications, cover an expanded list of costs like moving expenses and hotel stays, and require programs to help tenants even if their landlords refuse to participate.

Housing advocates praised the changes, which include an expansion of legal aid to tenants and a promise of advice to localities struggling to create the programs, which are intended to avert evictions caused by the economic shocks from the pandemic.

“Wow, this is huge,” said Christina Rosales, the deputy director of Texas Housers. “I think this will mean more tenants get the help they need.”

But with about 400 state and local governments operating programs with varying degrees of urgency, the immediate effect of the changes is unclear. Some states, including New York and Florida, have not even begun to accept applications.

The sums at stake rival the annual budget of the federal housing department. Congress approved $25 billion of emergency assistance in December and an additional $21.5 billion in March. But only a sliver of that money has reached landlords or tenants so far.

New York has $800 million to spend just from the December allocation, and Florida has $871 million. California, with $1.5 billion to spend, has been accepting applications since March. But it has approved awards of only about $72 million, or 5 percent of its funds, and paid out less than $5 million.