The jump in benefits, the biggest in the program’s history, comes after a revision of the initiative’s nutrition standards that supporters say will reduce hunger and better reflect how Americans eat. 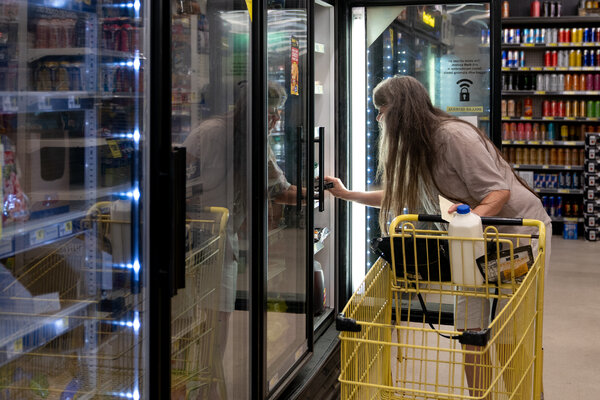 WASHINGTON — The Biden administration has revised the nutrition standards of the food stamp program and prompted the largest permanent increase to benefits in the program’s history, a move that will give poor people more power to fill their grocery carts but add billions of dollars to the cost of a program that feeds one in eight Americans.

Under rules to be announced on Monday and put in place in October, average benefits will rise more than 25 percent from prepandemic levels. All 42 million people in the program will receive additional aid. The move does not require congressional approval, and unlike the large pandemic-era expansions, which are starting to expire, the changes are intended to last.

For at least a decade, critics of the benefits have said they were too low to provide an adequate diet. More than three-quarters of households exhaust their benefits in the first half of the monthly cycle, and researchers have linked subsequent food shortages to problems as diverse as increased hospital admissions, more school suspensions and lower SAT scores.

Under the new rules, average monthly benefits, $121 per person before the pandemic, will rise by $36. Although the increase may seem modest to middle-class families, proponents say it will reduce hunger, improve nutrition and lead to better health.

In an interview last week, the agriculture secretary, Tom Vilsack, simultaneously described the work as a technical exercise in nutrition science and a reflection of the forces reshaping the politics of the safety net. In the middle of disease, hardship and racial disparities, he said, the $79 billion annual cost of the program helps “stabilize our democracy.”

“We may have a Constitution and a Declaration of Independence, but if we had 42 million Americans who were going hungry, really hungry, they wouldn’t be happy and there would be political instability,” Mr. Vilsack said.

Coinciding with a large new child tax credit — which temporarily offers families with children an income guarantee — the growth food aid comes as part of an enormous pandemic-era expansion of government assistance. Critics say that the costs are unsustainable and that the aid erodes Americans’ willingness to work. The new plan will raise the program’s costs by about $20 billion a year from prepandemic levels.

In technical terms, the Agriculture Department has revised the Thrifty Food Plan, a list of two dozen food groups the government uses to estimate the cost of an economical, nutritious diet. Its value was first set in 1962 and, other than being adjusted for inflation, had not grown since then, despite a revolution in what Americans eat.

The Agriculture Department has revised its model dietary plan illustrating how families could practically meet nutritional guidelines at a low cost. The new plan, which is used to set the maximum benefit for the government’s food stamp program, includes an additional $34 per week for a family of four, a 21 percent increase from the previous plan.

Tags: Nutriti, US ECONOMY, US Politics
You may also like
Recent News: