(Reuters) – Presumptive U.S. Democratic presidential nominee Joe Biden said on Monday his campaign and the party raised $60.5 million combined in April, a figure that could help the campaign compete with better-funded Republican adversaries. 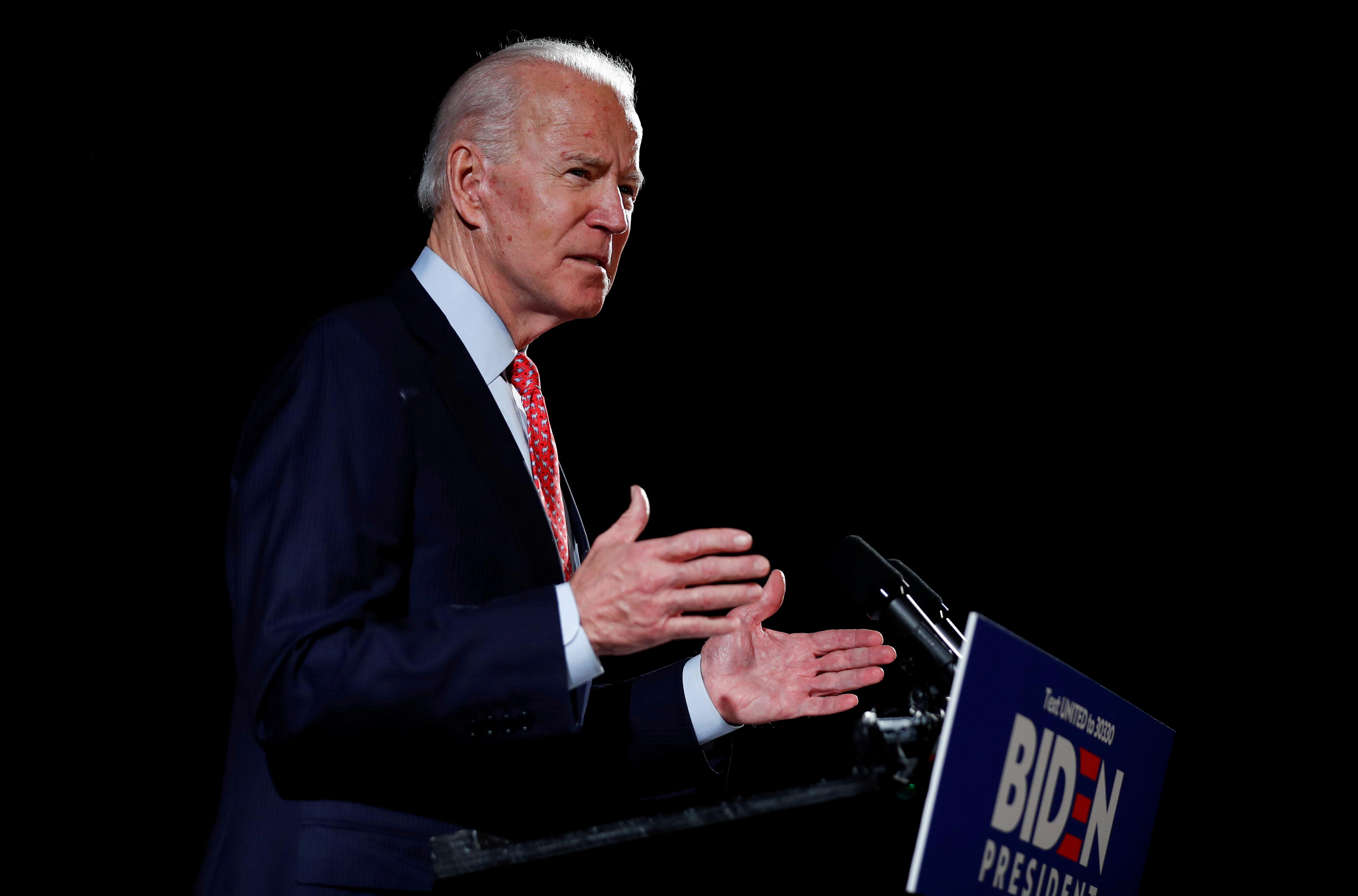 The fundraising figure follows a record total in March of $46.7 million for the campaign, more than three times the money that Republican President Donald Trump managed that month, despite the coronavirus health crisis, which has disrupted fundraising for U.S. politicians.

“The trust you all have put in me as your presumptive nominee is humbling,” Biden said in a statement emailed to supporters.

The average online donation was “only $32.63,” Biden said, adding that contributors had made sacrifices despite the economic uncertainty wreaked by the pandemic.

Both candidates and their allies are starting to ramp up paid advertising campaigns in battleground states ahead of the Nov. 3 general election.

Still, Biden has been playing catch-up to Trump, who has been amassing an election war chest since 2017, according to disclosures filed by the two campaigns to the Federal Election Commission.

Biden became the Democrats’ de facto nominee in early April after his last remaining rival, Senator Bernie Sanders, dropped out of the race, making it the first month in which Biden was not competing in fundraising with a challenger from the same party.

His campaign struggled early to raise funds, but now hopes the party’s united front will help him build his coffers, as Sanders and other former rivals have endorsed him, and several are helping him with fundraising.

The U.S. economy lost a staggering 20.5 million jobs in April, the steepest plunge in payrolls since the Great Depression, due to the economic havoc caused by nationwide shutdowns to stem the spread of the coronavirus.

Fundraising events have largely moved online as the virus has upended American life, forcing millions of people to stay in their homes and leading presidential campaigns to cancel public events and fundraising dinners.

Biden, a classic retail politician whose social media following pales in comparison with Trump’s, has expressed frustration with the limitations of communicating with voters remotely.

But the freeze on in-person campaigning during the pandemic has had an upside for the former vice president, giving him more time to court donors and shielding him from on-the-trail gaffes.

Tags: BIDEN, ELECTION, FUNDRAIS, US, USA
You may also like
Recent News:
This website uses cookies to improve your user experience and to provide you with advertisements that are relevant to your interests. By continuing to browse the site you are agreeing to our use of cookies.Ok