Joe Biden is counting on voters to view him as a safe and steady alternative to a president who regularly dismisses virus precautions. But his measured campaign pace may be scrutinized if he loses. 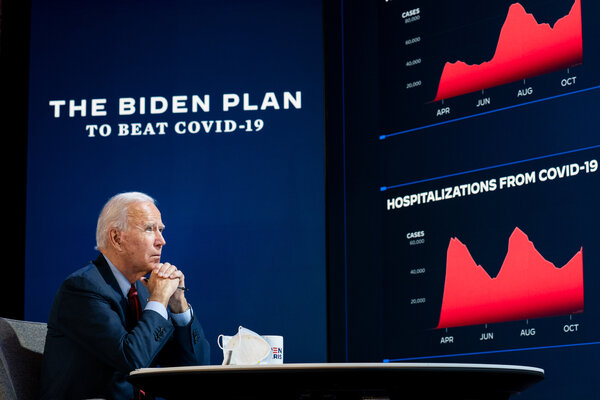 WILMINGTON, Del. — On the Friday before Election Day, Joseph R. Biden Jr. will be in the Midwest, campaigning in both Iowa and Wisconsin as he presses his closing argument.

In any other year, and for any other campaign, that would be a normal — even gentle — day of travel in the homestretch of a bitterly fought, high-stakes presidential race. But compared with many of Mr. Biden’s days this month, and even a few this week, it’s the equivalent of a barnstorm.

On Sunday, Mr. Biden held no in-person campaign events, straying from his home in the Wilmington area only for church. On Monday, he ventured out just briefly to greet supporters across the state line in Pennsylvania. On Wednesday, six days before Election Day, he was back in Delaware, hardly a battleground state, giving remarks on health care and voting himself. In between, he traveled to Georgia, putting pressure on President Trump in a closely contested state, and he is slated to campaign in Florida Thursday headed into an intense final weekend.

“The traditional handbook would have you barnstorming all over the country to show energy and eagerness,” said David Axelrod, who served as chief strategist to Barack Obama. “But this isn’t a normal election.”

When the history of the Biden campaign is written, the measured pace he maintained at the end of the race may be remembered as evidence that he wisely tuned out conventional wisdom in an extraordinary year. In victory, supporters will see him as having offered voters a steady alternative to the tumult of the Trump era through every aspect of his candidacy, including by making carefully planned appearances that met the mood of a country in the throes of a pandemic.

But if Mr. Biden loses, his schedule in recent weeks — and all of the days he spent in Delaware this month — is almost certain to be the source of overwhelming Democratic second-guessing. In the last ten days, a period that also contained a presidential debate, he has held his own campaign events in just three states outside Delaware: North Carolina, Pennsylvania and Georgia. Mr. Trump, who badly trails him in fund-raising and in many polls, often relies on several rallies a day, across multiple states, to commune with his base. 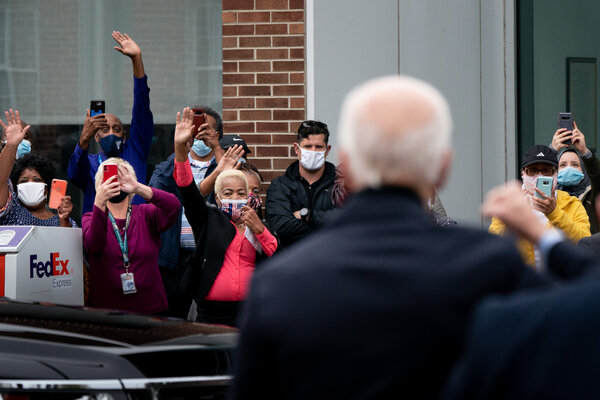 On Monday, Mr. Biden, 77, rejected any suggestion that he has not been campaigning aggressively, and lashed the Trump campaign for having crowded rallies as the coronavirus death toll has now surpassed 226,000 Americans, with deadly new spikes underway.

But he appeared to acknowledge the perception of a lighter travel schedule as he listed the states he intended to visit in coming days and spoke bullishly of his chances in many of them.

“There’s not been a day that hasn’t been a 12-hour day yet,” Mr. Biden told a small group of reporters, sounding somewhat defensive. “We’re going to be traveling, continue to travel, but the big difference between us, and the reason why it looks like we’re not traveling, we’re not putting on super spreaders.”

Tags: 2020 election, TRUM, US Politics
You may also like
Recent News: