Here is how Joseph R. Biden Jr. has addressed the issue throughout his decades-long career in politics. 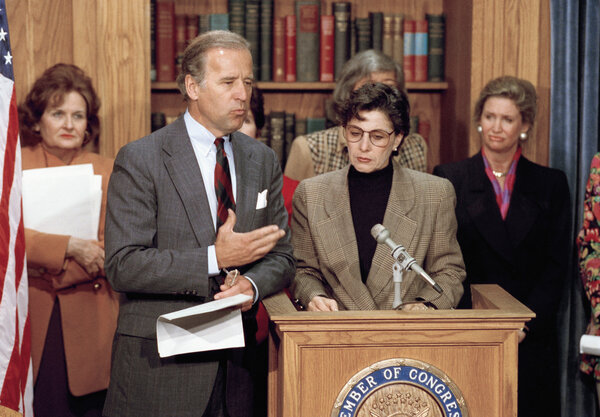 WASHINGTON — Since shepherding through the Violence Against Women Act in 1994, Joseph R. Biden Jr. has made combating domestic violence a central part of his political and policy work.

After becoming president, he created a Gender Policy Council with a senior White House adviser focused on gender violence, and his American Rescue Plan provides $49 million in aid and hundreds of millions of dollars in housing assistance to victims of domestic abuse and human trafficking.

Survivors and their advocates hope that he will fulfill the many campaign pledges he made to fight domestic abuse, including a plan to provide $5 billion in cash grants directly to people suffering at the hands of abusers.

Tags: Domestic violence, US Politics
You may also like
Recent News: