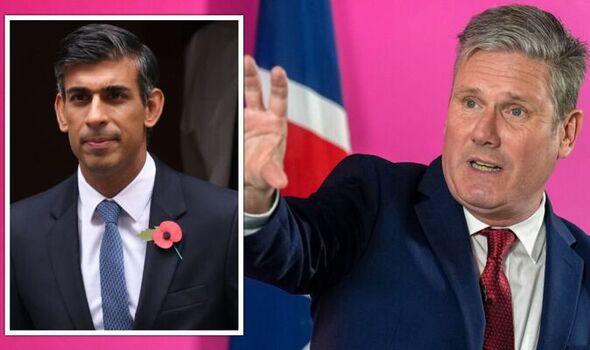 It shows Conservative support at just 22 per cent, a massive 25 points behind Labour on 47 per cent. The Tories are down three points compared with a poll from a week earlier, while Labour dropped just a point. The new YouGov survey also shows a spike in backing for Reform UK.

Richard Tice’s party appears to have benefited from falls in Tory and Labour support, raising its vote share to nine per cent, up four points.

Mr Sunak is seen as having steadied the Tory ship after Liz Truss but there have been few signs of a polls bounce.

The PM will want to secure the backing of all Right-of-centre voters as he tries to reel in Labour, and a surging Reform UK will make more challenging.

The poll comes as Mr Sunak faces his first test at the ballot box at the City of Chester by-election, which Labour was last night looking to hold.

It follows the departure of sitting MP Christian Matheson, who quit after a watchdog upheld complaints of “serious sexual misconduct”.

Mr Matheson denied the claims but faced a four-week suspension and had been asked to resign by Labour before he quit.