UK Government was ‘rotten at the top’ says Nick Allen

The two finalists in the Conservative leadership contest engaged in a heated BBC debate during which Rishi Sunak was accused of “mansplaining” to undermine competitor Liz Truss. As the blue-on-blue clash unfolded, the former Chancellor repeatedly interrupted and criticised the proposed policies of Ms Truss, forcing presenter Sophie Rawortht to intervene at several points to allow the Foreign Secretary to respond. Ms Truss branded the criticism of Mr Sunak “scaremongering” as she attempted to explain her economic strategy in between his interjections. While the aggressive manner of the former Chancellor has shocked some viewers, others have suggested his actions may be a deliberate attempt to strengthen his campaign.

Speaking on Talk TV, political editor Kate McCann said: “There was that one moment when one of her [Liz Truss] supporters said she’d been ‘mansplained’ to which I think might be difficult for her because at that exact moment in the debate she had just said that she would willingly have Rishi Sunak in her Cabinet and that she would love to work with him.”

“A bit kind of ‘I’m the man and you’re the woman’ and I know that a lot of ladies that I’ve spoken to didn’t really appreciate it.

“There was one of the BBC viewers panel that said afterwards ‘I was a Rishi supporter but after the way he behaved to Liz tonight, I don’t like him anymore’.” 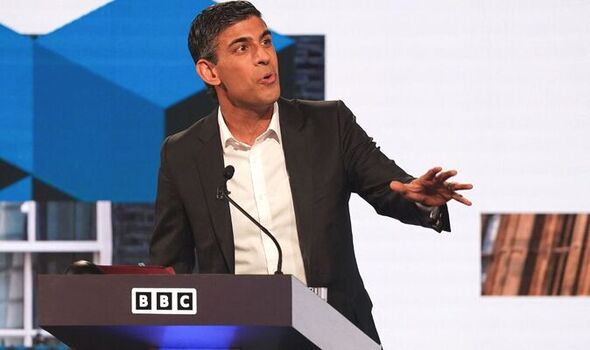 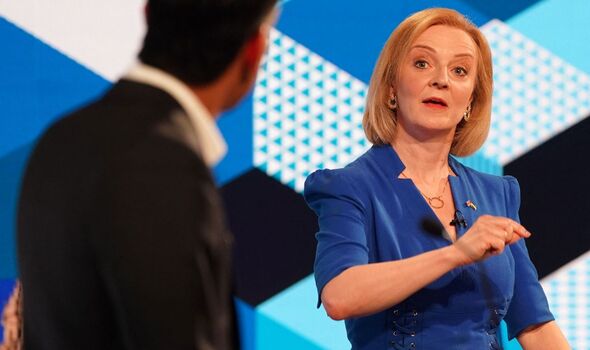 Mr Sunak proceeded to shout over Ms Truss as she grappled to explain her tax-cutting policies.

While the Foreign Secretary has pledged to deliver a series of rapid tax cuts to ease the financial burden on households across the UK, Mr Sunak has explained he would not rush into cutting taxes without first assuring that the economy was on track for growth.

Supporters of Ms Truss branded his behaviour ‘mansplaining’ – the action of a man explaining a concept in a patronising manner, typically to a woman.

David Davis, a Conservative MP and avid supporter of Mr Sunak’s campaign dismissed the accusations as he claimed the debate displayed the former Chancellor’s passion and commitment to resolve the economic crisis. 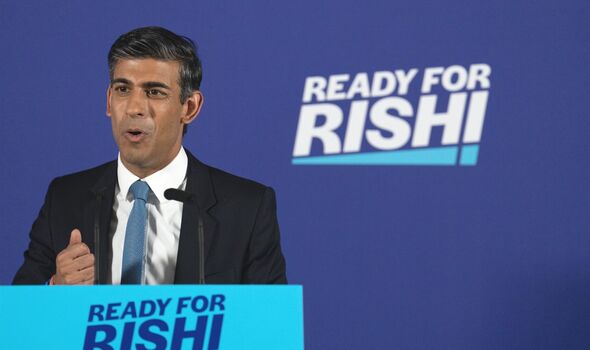 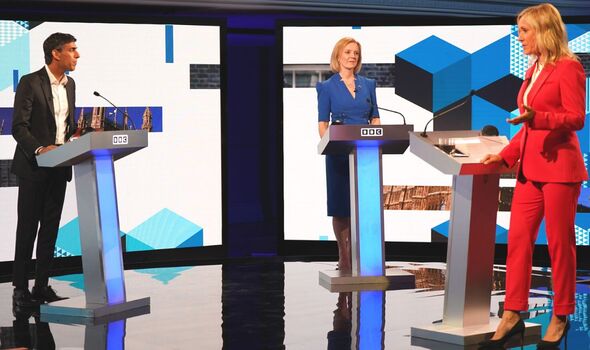 Ms McCann continued: “I wonder whether Sunak’s campaign has made a calculation that, at the end of the day when it comes down to it, those members probably will still back him.

“By behaving a little bit more boisterously, maybe talking over people, that he might win over some of those who didn’t think he was up to it.

“There is a sense that maybe Rishi Sunak is the quieter one, the one that’s willing to wait, the one that wants to go slower on taxes.

“For him to show a little bit of bite, maybe they calculate that it’s not a bad thing.” 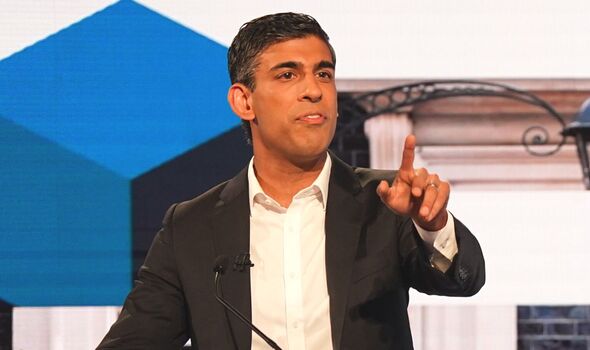 Ms McCann suggested the repeated interruptions of Mr Sunak may have been part of a deliberate plot to demonstrate his confidence in the leadership contest.

Mr Sunak led economic policy in his Cabinet role and the ‘boisterous’ display during the BBC debate highlighted his personal drive to continue working to improve the financial state of the nation.

The Talk TV political editor added: “The big question is, ultimately, when it comes down to it, will Conservative members vote based on the idea that taxes will be cut sooner rather than later or will they take a longer view and think about the character and the personality of the person.”

She noted that Conservative members typically vote quite early on in the leadership election process, suggesting the candidates may be rushing to secure support by proving they have the confidence and policy needed of a Prime Minister.