Boris Johnson and his wife Carrie looked awkward and sombre as former Prime Minister David Cameron was ushered through ahead of them for the Queen’s funeral.

The late Queen accepted Boris Johnson’s resignation as her 14th Prime Minister in Balmoral just two days before she passed away.

With Downing Street and the Palace working closely together, the late Queen gave a pivotal address to the nation which was broadcast around the world.

With enormous uncertainty over how the disease would develop and how long the lockdown would last, the Queen’s words and promise “we will meet again” provided much comfort and assurance.

It also provided a link to the stoicism of the wartime generation in the 1940s when she became the first female Royal to join the armed forces as Crown Princess and heir to the throne to the crisis of the covid pandemic.

But the Queen’s own faultless behaviour, even sitting alone at a social distance during her husband Prince Philip’s funeral, was later used as a contrast to the Partygate events and drinks in Downing Street which ultimately led to Mr Johnson’s downfall before the summer.

During his Premiership Mr Johnson’s own sense of history saw him ask the Queen to lay a significant role even in her 90s at other events, understanding her unique cache in terms of global soft power.

The Queen met the world leaders at the G7 in Cornwall, which had been a tense affair until she arrived and put people at ease.

Even though she was unwell she also gave a live video address to the COP26 conference in Glasgow which the future King Charles, a strong supporter of environmentalism, attended in person. 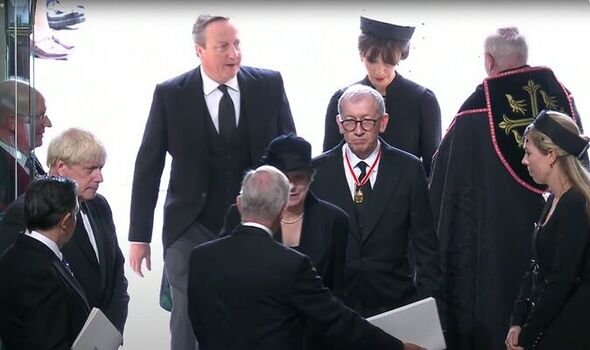 In his Commons tribute, Mr Johnson recalled the BBC coming to record an interview with him in case the Queen died.

He said: “I’m really not easily moved to tears, but I was so overcome with sadness, that I had to ask them to go away. And I know that today there are countless people in this country and around the world who have experienced the same sudden access or unexpected emotion.

“And I think millions of us are trying to understand why we are feeling this deep and personal and almost familiar sense of loss. Perhaps it’s partly that she’s always been that – a changeless human reference point in British life. The person who all the surveys say, appears most often in our dreams. So unvarying in her Pole Star radiance that we have perhaps been lulled into thinking that she might be in some way, eternal.”

Speaking of that last audience, he added: “I can tell you, in that audience, she was as radiant and as knowledgeable and as fascinated by politics as ever I can remember and as wise in her advice as anyone I know, if not wiser.” 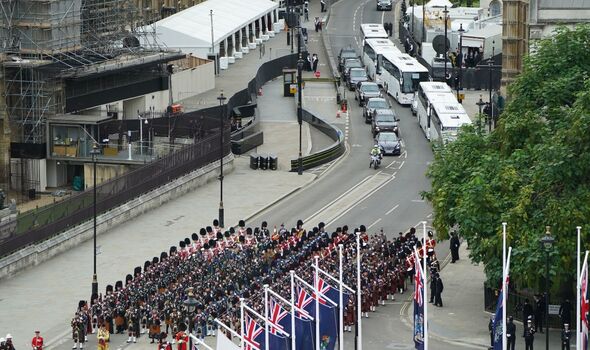 Mr Johnson was at the back of the line as the five surviving former Prime Minister’s of the Queen’s reign processed together with their spouses to their seats.

The 15th and final Prrime Minister, Liz Truss, arrived later with her husband as the current occupant of Downing Street.

The five former Prime Minsiters went in order of their service with Sir John Major and his wife Norma leading the way.

It was noticeable on the back row when they sat that the last three Tory Prime Ministers – Mr Johnson, Mr Cameron and Theresa May – did not exchange words as they appeared to go into quiet contemplation.