The UK submitted a request for a three-month extension to the grace periods on some customs checks to Northern Ireland earlier this month. Under the terms of the Northern Ireland Protocol, the shipment of chilled meats is set to be banned from July 1.

Boris Johnson has previously threatened to take unilateral action to ensure the continued passage of goods if Brussels did not accept the demands.

“We’ve asked for a three-month extension to allow movements to continue while we seek a permanent solution,” he said when asked if sausages would continue to be transported later this week.

The No10 official appeared to confirm the EU had not yet given its consent to the three month grace period extension but refused to say the Prime Minister would be willing to take unilateral action to protect the UK’s internal market if necessary. 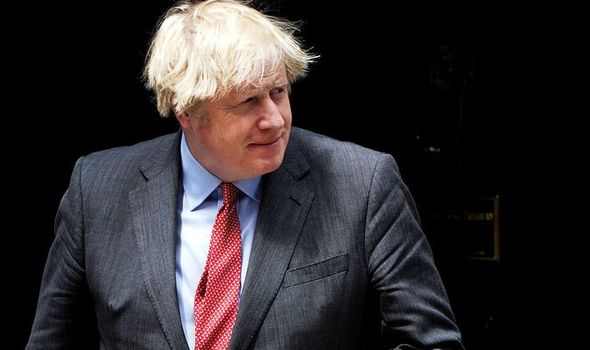 “We have further time now to discuss with our EU partners and that’s what we will be doing,” he said.

“Lord Frost and the European Commission vice president talked last week and talks are ongoing at a working level.

“Obviously we would update if there were any developments but work continues.”

Britain left the EU enraged earlier this year when it took action without consulting the European Commission to delay the implementation of other customs checks.

Brussels launched legal action against the UK accusing it of breaking an international treaty.

As recently as a fortnight ago Mr Johnson was threatening to take unilateral action again at the end of this month if the EU did not approve an extension to checks on chilled meats.

The change in rhetoric this afternoon comes as Maros Sefcovic, the European Commission Vice President in charge of post-Brexit relations with the UK, suggested the EU was also looking to turn down the heat in talks.

Giving evidence to a special sitting of a Northern Ireland Assembly committee, he said there was a need to “de-dramatise” the rhetoric around the Protocol.

He added the Commission was prepared to consider “bold steps” to reduce checks on goods crossing the Irish Sea.

“We are willing to consider taking bold steps if the UK Government demonstrates a clear and concrete commitment to implementing the protocol in full,” he said.

“The EU has demonstrated the pragmatism we are occasionally and wrongly accused of lacking.

“We have spared no efforts in trying to mitigate problems that have arisen in the implementation of the Protocol and have explored and put on the table practical and permanent solutions.”