The Labour leader accused the Prime Minister’s Government of “sitting on” the Russia report for too long before allowing the Committee to publish its findings. But Boris Johnson furiously dismantled his argument by accusing Sir Keir of attempting to discredit the result of the Brexit referendum with Russian interference. He said: “Let there be no doubt what this is really all about, Mr Speaker.

“This is about pressure from the Islingtonian Remainers who have ceased on this report to try to give the impression that Russian interference was somehow responsible for Brexit.

“That’s what this is about.

“The people of this country didn’t vote to Leave the EU because of pressure from Russia or Russian interference.

“They voted because they wanted to take back control of our money, of our trade policy, of our laws.

“And the simple fact is that after campaigning for Remain, after wanting to overturn the people’s referendum, day in and day out, all while he was sitting on the Labour frontbench, he simply can’t bring himself to accept that.” 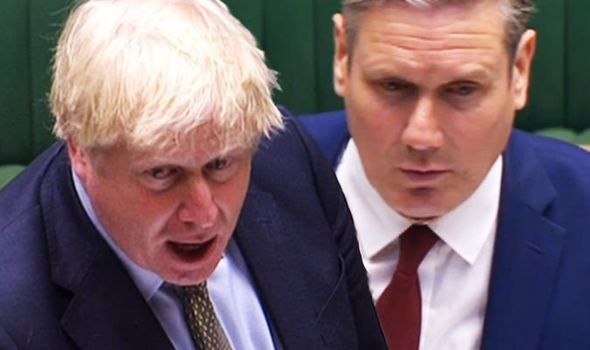 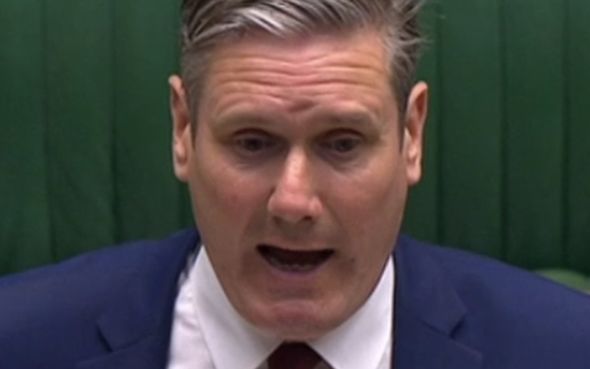 Sir Keir asked the Prime Minister why he “sat on” the ISC’s report into Russian interference in UK politics for 10 months.

During PMQs, he asked Mr Johnson: “I want to ask the Prime Minister about the extremely serious report by the Intelligence and Security Committee.

“It concludes that Russia poses an immediate and urgent threat to our national security and is engaged in a range of activities that includes espionage, interfering in democratic processes and serious crime.

Responding to Sir Keir, Mr Johnson told the Commons when he was Foreign Secretary he took “the strongest possible action” against Russia.

He added: “The right honourable gentleman opposite sat on his hands and said nothing while the Labour Party parroted the line of the Kremlin when people in this country were poisoned at the orders of Vladimir Putin.”

Sir Keir replied: “I stood up and condemned what happened in Salisbury and… I supported then-Prime Minister on record, so I’d ask the Prime Minister to check the record.”

Parliament’s Intelligence and Security Committee said in a report published on Tuesday that Russia had interfered in the 2014 Scottish independence referendum but it had not seen hard evidence of Russian meddling in the Brexit vote.

While MPs noted allegations of meddling in Brexit, and some studies pointed to Russian attempts to influence the campaign, they said the British Government and intelligence agencies had not sought out evidence of Russian interference.

“There needs to be some evidence that there’s an issue there – which there isn’t,” Transport Secretary Grant Shapps told Sky when asked if there should be a further investigation of possible Russian meddling in the European Union referendum.

“I don’t think it’s the case that the intelligence services took their eye off the ball,” Shapps told Sky.

The victory of opponents of EU membership in the 2016 referendum result sent shockwaves across the world as it signalled that one of the pillars of the West would split from the post-World Two attempts at European integration.

Russia has repeatedly denied meddling in the West, casting the United States and Britain as gripped by anti-Russian hysteria. The British government has repeatedly said there is no evidence of successful Russian interference in Brexit.

The so-called Russia Report by Parliament’s intelligence committee called for British spies to produce an assessment of Russian interference in the EU referendum.

The report casts Russia as a hostile power which posed a significant threat to Britain and the West across a range of fronts, from espionage and cyber to election meddling and laundering dirty money.