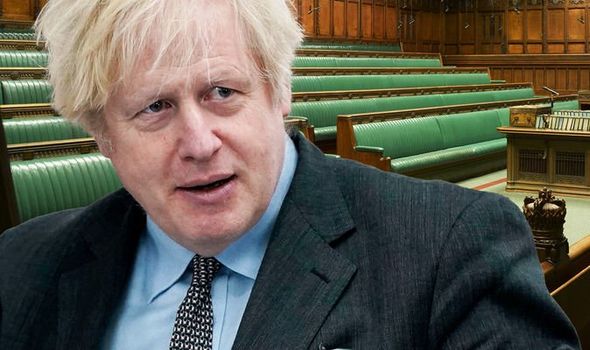 The No10 Policy Unit’s Elena Narozanski has resigned from Downing Street.

It comes after her boss who headed up the Unit sensationally resigned last night with a stinging criticism of the Prime Minister.

Policy chief Munira Mirza quit saying she felt her position was untenable after Mr Johnson did not apologise for an “inappropriate and partisan” attack of Sir Keir Starmer.

Fighting off criticism from the Labour leader and former Director of Prosecutions (DPP) over allegations of illegal parties in No10, he said Sir Keir “spent most of his time as DPP prosecuting journalists and failing to prosecute Jimmy Savile”.

Ms Mirza described the accusation as “scurrilous”, adding: “I believe it was wrong for you to imply this week that Keir Starmer was personally responsible for allowing Jimmy Savile to escape justice.

“There was no fair or reasonable basis for that assertion.

“This was not the usual cut and thrust of politics; it was an inappropriate and partisan reference to a horrendous case of child sex abuse.”

She said she asked for Mr Johnson to apologise publicly for the remarks but resigned when he failed to do so.

It is thought Ms Narozanski quit this morning in solidarity with Ms Mirza.

This morning’s resignation means five people have now left their posts in Downing Street in the past 24 hours.

Mr Johnson’s director of communications, Jack Doyle, his chief of staff, Dan Rosenfield, and his principal private secretary, Martin Reynolds, were all also on the way out last night.

According to the Daily Mail, Mr Doyle told staff at the end of the day yesterday: “Recent weeks have taken a terrible toll on my family life.

“Thank you all for your hard work and dedication.

“I wish you all the best for the future”.

Meanwhile, a Downing Street spokesperson confirmed the other two exits, saying: “Dan Rosenfield offered his resignation to the Prime Minister earlier today, which has been accepted.

“He has thanked them both for their significant contribution to Government and No10, including work on the pandemic response and economic recovery.”