The Prime Minister admitted “we simply can’t compromise” in certain issues, amid a deadlock over fishing rights and competition rules. EU chief negotiator Michel Barnier had earlier accused Britain’s negotiating team of scuppering the chances of a deal by refusing to move closer to the EU’s position. He claimed a trade deal is “at this point unlikely”. But the PM’s chief negotiator David Frost insisted an agreement was still possible by the end of September.

The UK has ruled out extending the December deadline to reach a deal.

Mr Johnson said yesterday: “Well, I think there’s every reason for us to be very optimistic about getting a deal.

“I am very hopeful that we will get a deal.

“But I think as our chief negotiator David Frost said there are some things that we simply can’t compromise over.

Mr Frost said differences on access to fishing waters remained “substantial” and said the lack of progress means no-deal preparations must be ramped up. 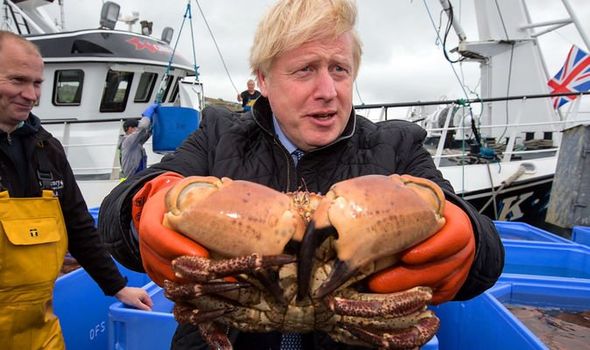 Brussels has demanded status quo access to UK waters, which would essentially mean a continuation of the common fisheries policy. Mr Johnson added: “On fisheries, let’s be absolutely clear. They’ve looked at the full implications of what we are saying and I think they are thinking, ‘My goodness, that’s quite a tall order.’ “But actually it’s the right thing for the UK. In the early 1970s we basically handed over control of our fisheries.

“We gave up our fisheries in a way that permanently disadvantaged UK fishers. Now is the time to change that back. I am sure there’s a good deal.”

Mr Frost said yesterday: “We have always been clear that our principles in these areas are not simple negotiating positions but expressions of the reality that we will be a fully independent country at the end of the transition period.

“That is why we continue to look for a deal with, at its core, a free trade agreement similar to the one the EU already has with Canada.

That is, an agreement based on existing precedents.

“We remain unclear why this is so difficult for the EU, but we will continue to negotiate with this in mind.”

Mr Frost conceded the “substantial areas of disagreement” between the UK and EU mean talks will not be wrapped up this summer, and would likely now end in September.

Mr Barnier blamed the slow progress on Mr Frost, claiming the negotiator had “not shown the same level of engagement and readiness to find solutions, respecting the EU’s fundamental principles and interests”.

He added: “The UK is effectively asking for near total exclusion of EU fishing vessels from UK waters – that is simply unacceptable.

“The EU has always insisted that an economic partnership with the UK must include robust level playing field rules and an equitable agreement on fisheries.

“This means that by its current refusal to commit to the condition of open and fair competition and to a balanced agreement on fisheries, the UK makes a trade deal, at this point, unlikely.”

Former Tory minister Andrew Percy said: “There is a deal there to be had if the EU wants it. If we don’t get one, it will be the EU’s fault. They just haven’t come to terms with the fact that we have left. 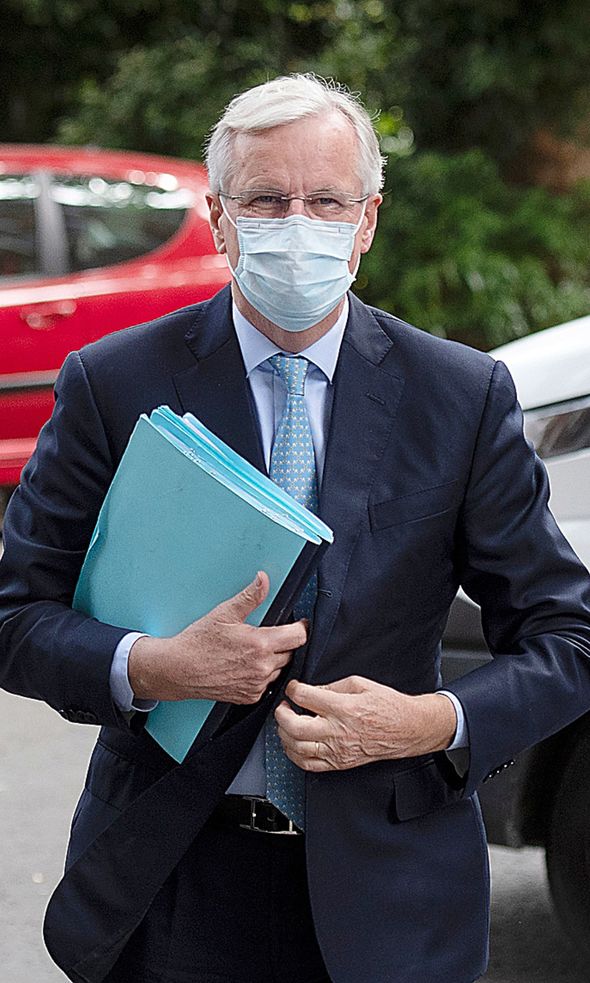 “It is sad to see them behaving this way.They are scared of Brexit.

“There is good will on our side and there is still time for a deal. They have got to understand that we have our red lines and they’ve got to show good will by compromising and respecting the will of the British people and the vote we took.”

Tory Brexiteer Andrew Bridgen said: “David Frost has put consistency and rigour into our negotiations and it’s quite right because the EU is demanding concessions that could never be agreed by a sovereign and independent state.

“The mandate of demands from the EU for a trade deal could not be agreed by any independent state. If Mr Barnier made these demands of Japan, Canada and South Korea they would not do a trade deal with him.

“Brussels wants permanent rights to our fish, but are the French offering us free wine in perpetuity?” The PM was in Scotland yesterday, with his visit including trips to Stromness Harbour and RAF Lossiemouth.

The sticking points with Brussels

An ocean remains between the UK and EU on fisheries.

Mr Barnier has said: “The UK is effectively seeking for near-total exclusion of fishing vessels from the UK’s water. That is simply unacceptable.”

Mr Frost said until the UK is able to control its fishing grounds “then it will be difficult to reach an agreement”.

Mr Barnier said: “On the level playing field, the UK still refuses to commit to maintaining high standards in a meaningful way. On state aid, despite a clear warning in the political declaration, we have made no progress at all.”

The UK wants its sovereignty to be respected.

Mr Frost said: “When we began this intensified negotiating process a month or so ago, the Prime Minister set out the principles to [European] Commission president Ursula von der Leyen that were intrinsic to our status and future as an independent state.”

He added: “The big underlying difficulty is the fact [the EU] hasn’t yet recognised it needs to adapt its position to those principles if we’re going to reach agreement.”

However, there is hope that a deal can still be reached.

Mr Frost said: “My assessment is that agreement can still be reached in September and that we should continue to negotiate with this aim in mind.”