The PM is now asking for a return of up to 60 percent of EU catches in UK waters, down from 80 percent, Mr Barnier is believed to have told ambassadors in a meeting this morning.This would mark a major climb-down on an issue both sides have stubbornly refused to budge on.

A senior EU diplomat told the Guardian: “Barnier said the coming hours were going to be decisive to which the response was: ‘what’s the rush?’”

“Ambassadors for every country bordering the UK – 11 all in all – raised concerns on the level playing field and suggested that he was at the edge of his negotiating mandate.”

Negotiations between London and Brussels continue, with both sides stressing that time is running short to strike an agreement, with the Brexit transition period finishing at the end of December.

Britain formally left the EU on January 31 but then entered a transition period under which EU laws apply until the end of this year to give citizens and businesses time to adapt.

A free-trade deal needs to be in place by January 1, when EU rules for the internal market and the EU Customs Union will cease to apply to Britain, but the chances of a “no deal” grow as that deadline looms. 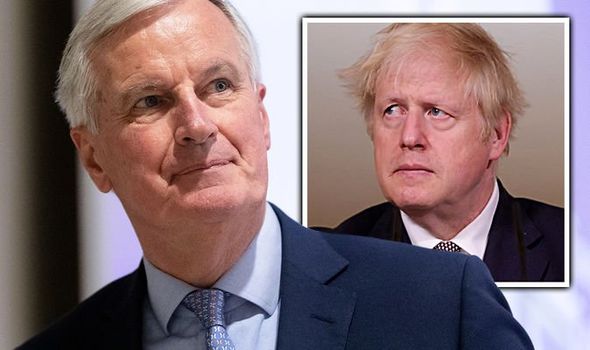 A senior EU diplomat said: “A deal still hangs in the balance.”

Tags: celebrities, ctp_, entertainment
You may also like
Recent News:
This website uses cookies to improve your user experience and to provide you with advertisements that are relevant to your interests. By continuing to browse the site you are agreeing to our use of cookies.Ok