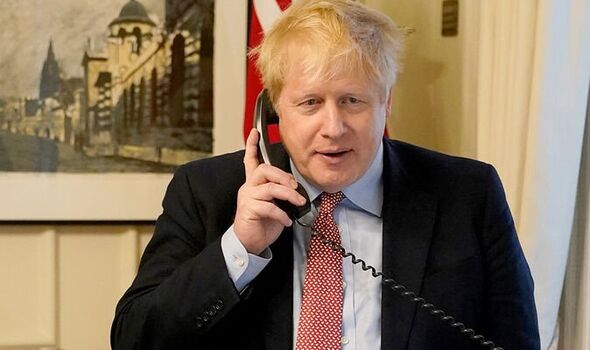 The Prime Minister brought up concerns over the Northern Ireland Protocol during a phone call with the EU chief today.

Mr Johnson warned the current implementation of the international treatry was undermining peace in Northern Ireland.

A No10 spokesman said: “The Prime Minister raised the Northern Ireland Protocol and said that solutions needed to be found in order to protect peace and stability and safeguard the Belfast (Good Friday) Agreement in all its dimensions.

“The President of the European Council agreed to meet with the Prime Minister to discuss this issue further.”

The Protocol effectively kept Northern Ireland within the EU’s single market, with customs checks required on goods crossing the Irish Sea to the province as part of the 2019 Brexit withdrawal agreement.

However, ministers have accused Brussels of heavy-handed implementation of the rules, fundamentally undermining the UK’s internal market.

Negotiations on the Protocol have been taking place since last October but with little progress made to date.

Originally intensive talks were set to last just three weeks but have now dragged into a sixth calendar month as both sides remain at loggerheads.