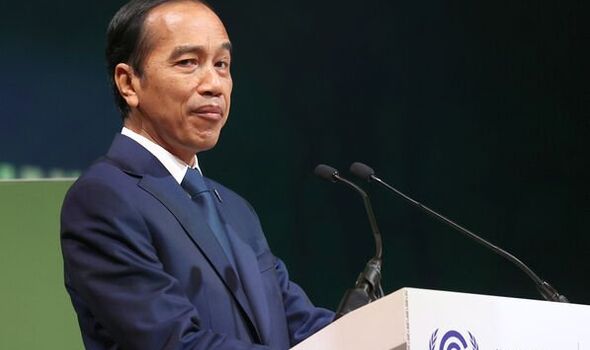 As the UK pushes ahead with its economic recovery from the double hit of COVID and the war in Ukraine it’s essential for Rishi Sunak’s government to leverage new trading relationships around the world. Indonesia is an obvious partner in this effort.

Indonesia is a country of over 270 million people; the past decade has seen average GDP growth over 5 percent per annum, with the exception of the COVID downturn in 2020.

Projected growth is above that 5 percent mark for every year in the coming half-decade. Under the leadership of President Joko Widodo, Indonesia is well on the path to becoming a global economic powerhouse.

The opportunities for our bilateral relationship with the U.K. are now on solid ground.

In the past 12 months alone the value of bilateral trade has increased by 17.8 percent, to almost £3 billion.

There is still so much more we can do. The UK’s high-value exports in finance, advanced manufacturing and medicines can bring knowledge and investment to Indonesia’s growing economy.

Our exports of food, timber and metals will help the UK ride out the inflationary storm and keep prices competitive and supply-lines stable.

Perhaps Indonesia’s most aspirational sector is palm oil. Over 2.6.

million small farmers cultivate the crop across Indonesia, and the income generated has lifted millions of families and communities out of poverty.

Not only this, but the ownership of plantations confers land titles and property rights, bringing inter-generational prosperity to rural areas for the first time.

The second- and third-generation of planters are now attending universities, able to pursue careers as teachers, doctors, and entrepreneurs.

It is a classic tale of successful economic development.

The sector has grown in recent decades to become Indonesia’s leading agricultural export.

Contrary to the cartoon-villain reputation pushed by Greenpeace and others, palm oil is actually an essential element of the food supply chain.

The current food price squeeze caused by the invasion of Ukraine would be substantially worse were it not for the availability and low price of Indonesian palm oil – it is an efficient and versatile replacement for the sunflower and rapeseed harvests that have been decimated by the war.

The U.K’s Environment Act contains a Due Diligence provision that bans the import of products linked to illegal deforestation.

Indonesia supports this goal, and is committed to working with the U.K. and others to achieve it (deforestation in Indonesia linked to palm oil has decreased by 80 percent in recent years according to a recent study from the Stockholm Environment Institute).

Crucially, the UK’s due diligence approach is based on a legality standard that respects Indonesian laws: in other words, it is a cooperative effort rather than a unilateral one.

This must remain in place. The Secondary Legislation being considered now by DEFRA should not discriminate against palm oil: this might be popular amongst some NGOs, but it would undermine the open trading relationship that the UK and Indonesia are both seeking to build.

The Indonesian Sustainable Palm Oil (ISPO) standard, soon to become the world’s largest-ever sustainability scheme covering hundreds of thousands of our palm oil farmers, can give the U.K. the assurance that laws are enforced and illegal deforestation curtailed.

ISPO can – and should – be recognised by the UK as an accepted due diligence standard under the Environment Act.

This should be our joint goal: open trade and mutual recognition – instead of the barriers and roadblocks proposed by Green protectionists.

Let the doom-mongers spread their scare stories, but we should not appease them.