Traders moving agrifood products from Britain to Northern Ireland would be exempt from requiring export health certificates for a period of at least three months to ease the new trade rules. The trusted trade scheme will also mean exemptions from tariffs for up to 98 percent of goods.

But the EU has secured a veto if it is not “satisfied with the way the scheme is operating” whereby it “can trigger an emergency brake through the EU UK Joint Committee”, according to RTE Europe Editor Tony Connelly.

He tweeted: “If the EU is not satisfied with the way the scheme is operating, it can trigger an emergency brake through the EU UK Joint Committee, which is tasked with implementing the Northern Ireland Protocol.

The agreement will also see UK customs databases monitored by the EU. 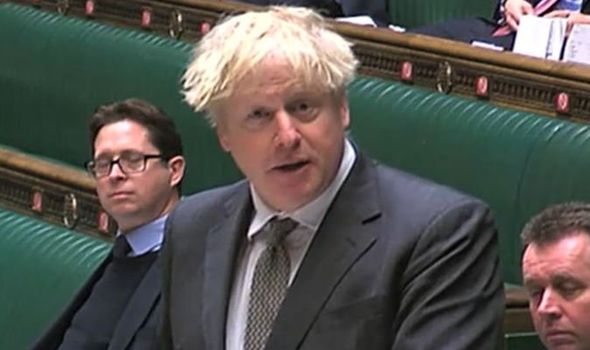 Mr Connelly added: “EU member states will also be entitled to monitor UK customs databases within their own capitals as part of their surveillance of goods entering Northern Ireland, and thereby entering the rest of the single market.”

The news comes after the British Government agreed to remove some of the more controversial elements of the Internal Market Bill after an agreement was met with the EU.

Prime Minister Boris Johnson enraged the EU by requesting the powers to breach international law in overriding parts of the Withdrawal Agreement divorce deal in the UK Internal Market Bill, arguing it was needed to protect the trading relationship between Great Britain and Northern Ireland in the event of no-deal.

But Mr Gove and Mr Sefcovic said in a statement that “an agreement in principle” had been reached on all issues and that the Government would withdraw the controversial clauses of the Bill.

The agreement covers issues including border checks on animal and plant products, the supply of medicines and deliveries of chilled meats and other food products to supermarkets.

There was also “clarification” on the application of rules on state subsidies.

Mr Sefcovic said he hoped the agreement would provide “positive momentum” for the trade talks, although he acknowledged the two sides were still “very far apart”.

Mr Gove, who will set out further details in Parliament today, said businesses in Northern Ireland would get the “best of both worlds” with EU single market access and “unfettered access” to Great Britain.