Although there has been some progress made in the last week, no agreement has been made on the UK’s fisheries. The Prime Minister has remained adamant a deal must be reached by the EU summit, which starts today, in order for both sides to implement the deal before the turn of the year. Previously, Mr Johnson has threatened to walk away from talks if a deal was not agreed by October 15. EU officials have insisted they will not agree a deal at any price, leaving the Prime Minister no choice but to assess the situation by the end of the EU summit tomorrow.

Signalling concern over the lack of a deal by the deadline, the Prime Minister’s spokesperson noted Mr Johnson’s “disappointment” following the call.

They said: “The Prime Minister noted the desirability of a deal, but expressed his disappointment that more progress had not been made over the past two weeks.

“The Prime Minister said that he looked forward to hearing the outcome of the European Council, and would reflect before setting out the UK’s next steps.”

Lord Frost has now indicated to Mr Johnson a deal is possible although there are still gaps, namely over security and fisheries. 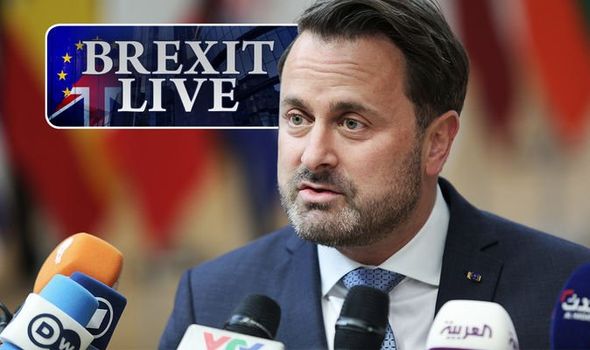 A source close to the talks stated, the negotiator has advised the Prime Minister not to leave talks, The Times reports.

The focus has now been shifted towards daily talks with both sides under pressure to agree 500 pages of legal text.

In a separate statement, Ms von der Leyen said: “The EU is working on a deal, but not at any price. Conditions must be right.”

Mr Johnson had set today – the start of the EU summit – as the date for a deal to be agreed but EU sides have remained steadfast they will not sign an agreement at any price.

In a call with EU Council, Charles Michel and Commission Presidents, Ursula von der Leyen, the Prime Minister expressed his disappointment that a deal had not been agreed by now.

Mr Johnson will now assess the situation at the end of the EU summit tomorrow.

Seperately, the UK’s chief negotiator, Lord David Frost has indicated a deal with the EU is still possible.

However, it is now expected the deal will be agreed later this month due to the large amount of legal text yet to be agreed, The Times reports.