Brexit: UK 'has got its freedom' says James Dyson

Dan Tehan travelled to London for in-person meetings with the British trade secretary to discuss a free trade deal between the two countries. But talks did not start well after Ms Truss reportedly insulted him as being “inexperienced”. She is now trying to make amends and even texted Mr Tehan about a truce after growing frustrated that progress was “glacially slow” with him, according to insiders.

An unnamed senior DFAT official said: “If this was briefed by a member of Truss’s staff, that is very disrespectful.

Earlier in the week, Ms Truss appeared to try to speed up “glacially slow” talks by playing hardball with Mr Tehan.

A source had told the Telegraph: “Australia need to show us the colour of their money.

“They’re great friends of ours and talk a good game about free trade and wanting a deal, but they need to match those words with action.” 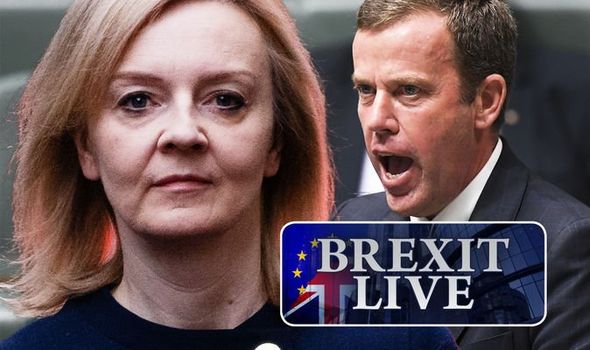 Mr Tehan was said to be shocked as, despite being new to the cabinet position, he has many years of experience in trade negotiations.

He joined DFAT in 1995 and helped negotiate Australia’s free trade deal with the US under the George Bush Administration in 2004 when he was trade adviser to the Trade Minister between 2002 and 2005.

However, Ms Truss is believed to be growing desperate for a deal as Australia would be a vital trade partner for the UK, as trading goods and services between Australia and the UK was worth £17 billion in 2018-2019.

British officials have held talks with their French counterparts ahead of a protest by a group of trawlermen who are planning the outrageous revolt in ports near Calais.

They have accused Downing Street of blocking their access to UK fishing grounds after the post-Brexit agreement with the EU entered into force.

The row is over an alleged refusal to issue special licences to French boats working out of Boulogne-sur-mer.

“We do not recognise the figures that have been shared by the French fishing industry and consider this reaction to be unjustified. Our concerns regarding the planned protest action have been raised directly with the French authorities.”

Union bosses representing fishermen that work out of the French port claim 80 percent of their vessels having been granted permission to fish in UK waters.”

A deal with India – which some experts have suggested could be be worth up to £100billion – could bring enormous material and geopolitical benefits for the UK, an economist has suggested.

But Shanker Singham, academic fellow at the Institute for Economic Affairs (IEA), said in order for such an agreement to work in practice, it would be imperative for India to align with what he called the “core values” of countries such as Britain, including a belief in competition and open trade. The prospects of a deal being struck in the short term were dealt a blow this week after Boris Johnson was forced to cancel his planned trip to India, when he was due to meet the country’s Prime Minister, Narendra Modi.

Yesterday, Gaurav Singh, co-founder of venture capitalist firm JPIN VCATS, insisted a deal, which he believes could be worth between £50billion and £100billion, was still feasible, with International Trade Secretary Liz Truss understood to be working hard behind the scenes to make it happen.

And speaking on the day his new paper on the subject, Eastern Promise: Assessing the Future of UK-India Trade, was published by the IEA, Mr Singham agreed – with certain caveats.

“There is a crucial geo-political dimension of aligning a group of countries including the UK, US, India and the CPTPP nations (especially Australia, New Zealand and Japan) who believe in competitive markets, property rights protection, and open trade.

“But India will have to choose to align itself to these core values – it is at that vital crossroads now.”