Former Brexit Party MEP Jake Pugh has come up with the five tests for Brexiteers to analyse the 2,000 pages of the Brexit deal, which is expected to be announced tonight. He warn the treaty must confirm to the tests, or Boris Johnson “will be toast”.

Mr Pugh told Express.co.uk the five tests are: “1. To what extent is freedom to diverge allowed by LPF (level playing field)

“3. What has been agreed on services. 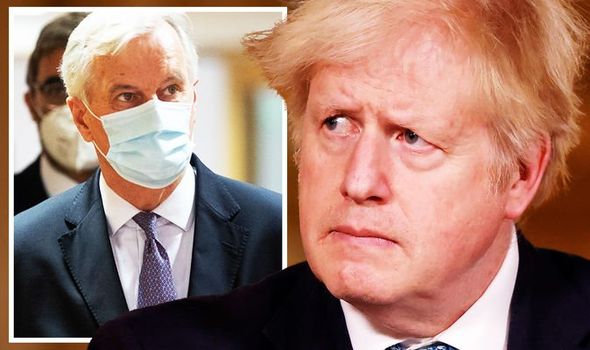 The Brexiteer then issues a stark warning to the Prime Minister and said he was concerned the Brexit deal will be rushed through Parliament without scrutiny.

He said: “Also, very concerned that such a critical International Treaty is rushed through just before Xmas and with close to zero scrutiny.

“But beware, if Boris has caved, Brexiteers will spot it and he will be toast.”

The UK and Brussels are set to announce the details of a post-Brexit deal either tonight or tomorrow as the two sides are believed to have compromised on the three major sticking points.

A French official has told Reuters Britain has caved on its fishing demands.

The said: “The British made huge concessions” in the last 24 hours.