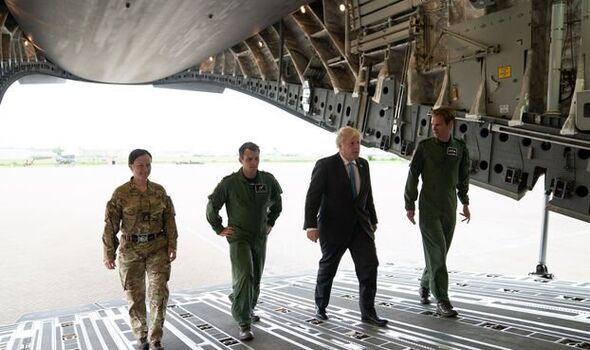 Secretary-General Jens Stoltenberg praised the UK’s peerless forces after they were put on red alert in Europe as the war in Ukraine intensified.

Speaking exclusively to the Daily Express, he reiterated that Nato – of which Britain is a blue riband member – was in this for the long haul and our muscle would prove pivotal.

He said: “Britain has some of the world’s most highly trained and effective forces. I have met them many times. Most recently, when I visited the battlegroup in Estonia with Prime Minister Boris Johnson in March, and when on board HMS Queen Elizabeth last year off the coast of Portugal.”

“I am always deeply impressed by their dedication and their ­professionalism and by the high-end capabilities the UK brings to our alliance.” He then said: “Putin wants Europe and North America divided, but we stand united in the face of Russia’s aggression. We are an alliance of 30 nations. “

“And we all stand united on Nato’s core principle: that an attack on one ally is an attack on every ally. All for one and one for all.”

Mr Stoltenberg, 63, the former Prime Minister of Norway, spoke ahead of the Nato summit in Madrid on Tuesday, where plans for a “reset” in response to what has been described as a “new reality, a new normal for European security” will be outlined.”

Military commanders have been plotting for a longer-term adaptation of Nato since Putin’s invasion on February 24. Mr Stoltenberg said: “Putin wants Nato weakened but our alliance is stronger than ever. Nato is the foundation of our security. 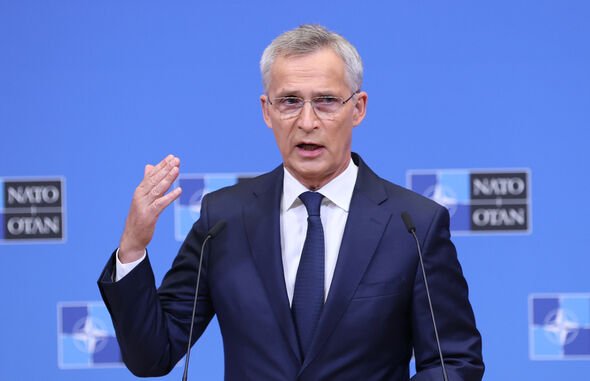 “Since 2014 Nato has implemented the biggest increase in our collective defence since the Cold War. All allies have increased their defence spending.”

“We have multinational battle groups throughout the east of the Alliance, from the Baltic to the Black Sea, ready to defend against any attack.”

“There are currently over 40,000 troops under direct Nato command, backed by significant air and naval assets, with a further 100,000 troops on high alert.”

“These actions demonstrate allies’ solidarity, determination and our ability to defend every inch of alliance territory.”

Before the invasion, plans had been drawn up to slash the size of Britain’s regular Army to 72,500 personnel by 2025. There are ­currently 76,500 regular soldiers.

But Mr Stoltenberg said those who dismissed the UK’s military muscle, combined with the best soldiers and commanders in the world, would be gravely mistaken.

And if any country could identify with the plight of the innocent victims of the war in Ukraine it was Britain.

He said: “In Salisbury in 2018, Moscow attempted an assassination on British soil using a chemical weapon, killing and harming civilians in the process. Russia conducts constant cyber-attacks against our governments, public services and companies.” 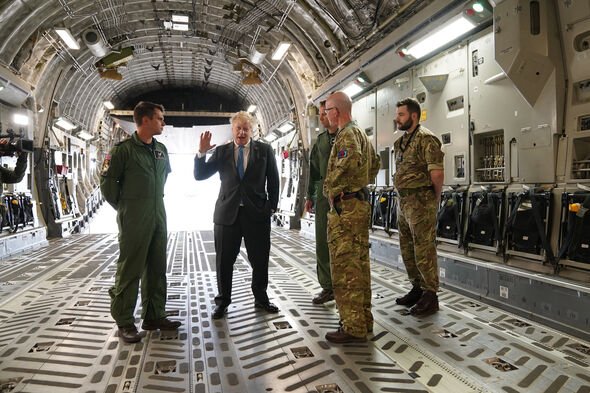 “It mounts disinformation campaigns to undermine trust in our authorities. And it directly seeks to interfere in our elections and democratic processes.”

“Authoritarian regimes like Russia are testing the global rules that the international community put in place after World War Two that have helped keep us safe and prosperous. Nato must respond and adapt to a more dangerous world.”

Of Ukraine he said: “Ukraine’s military is now bigger, better equipped, better trained and better led, as they demonstrate every day.”

“The UK has played a key role, along with other allies including the US, Canada and Turkey.”

“Since Russia’s second invasion of Ukraine in February, Nato allies, including Britain, have provided billions of pounds of weapons and other support to Ukraine to aid it in its fight for freedom.”

“Nato is helping Ukraine to uphold its right to self-defence, as enshrined in the United Nations Charter. And we will stand with Ukraine for the long haul.”

Mr Stoltenberg’s tub-thumping remarks come after General Sir Patrick Sanders, the new head of the British Army, said Russia’s invasion of Ukraine “underlines our core purpose to protect the UK by being ready to fight and win wars on land”.

He added: “There is now a burning imperative to forge an Army capable of fighting alongside our allies and defeating Russia in battle. We are the generation that must prepare the Army to fight in Europe once again.”

The Nato “reset” will see a relatively small presence on the alliance’s eastern flank replaced with sufficient forces to repel an attempted invasion of member states including Estonia and Latvia.

The move comes after Nato, founded in 1949, vowed to  defend every inch of its territory  if Russia’s invasion spills over outside Ukraine.

Britain has provided billions of pounds of military hardware that has played a pivotal role in stoic Ukrainian resistance.

Mr Stoltenberg said: “The UK is leading by example and is already spending more than two per cent of GDP on defence.”

“It has effectively doubled the Nato battlegroup it leads in Estonia, working alongside others from the US, France, Denmark and Iceland, and it has also recently doubled its troop numbers in Poland.”

“President Putin’s brutal and unprovoked war in Ukraine is a turning point for global security. This is not only an attack on an independent sovereign country, it is an attack on the international ­system of rules that have kept our nations safe and prosperous since World War Two.”

“Putin’s war is not going as planned and he is failing to achieve his strategic objectives.”

“Putin wants Ukraine defeated, Nato weakened, and North America and Europe divided. He is getting precisely the opposite.”