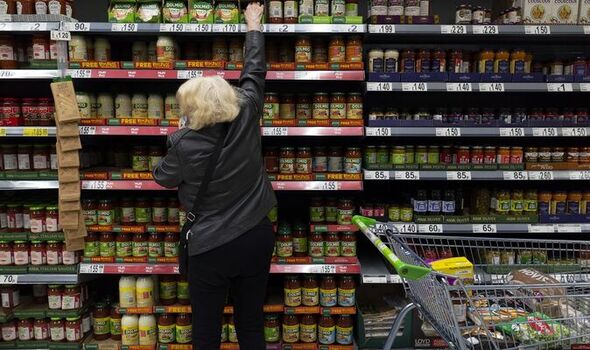 There are fears that the hike in the cost of goods and basic utilities will dominate politics up to the next election and that unless someone with “real clout” is appointed Whitehall will not respond with the necessary urgency.

The appointment of a dedicated minister, he said, would “concentrate minds enormously”.

He further argues there should be a Cost of Living Commission which would examine “the impact of every domestic policy on the cost of living”.

This body would play a similar role to the Office for Budgetary Responsibility and set out “regular forecasts for the Government as to what is going to happen to the cost of living for ordinary folk up and down the country”.

He said that, ideally, this would be led by a figure similar to Martin Lewis, the founder of Money Saving Expert, who “knows what they are talking about”.

Inflation hit 7 percent in the year to March in what is the highest rate since 1992.

Stressing the need for action, Mr Halfon said: “The cost of living is the number one issue for my constituents. There is nothing more important.

“People are struggling because every decision they are making is based on whether they can feed their families and pay their heating bills.

“If you look at prices, everything is going up. This is not luxuries, it’s basic necessities.

“From bread to beans to Marmite, to coffee and tea, everything is going up.”

Former Work and Pensions Secretary Stephen Crabb says a dedicated figure is needed to force Whitehall to focus on the issue.

He said: “Ministers are right to say there is no magic bullet to fix the cost of living crisis. The factors driving up the price of food, energy and other daily essentials are complicated and are being seen in other countries too.

“But this issue isn’t going away. It will probably dominate our politics right up to the next election and beyond.

“It is exactly the kind of cross-government challenge that needs a dedicated minister or champion to bring others together to hammer out a plan.

Without real clout from the centre I do fear that Whitehall will not treat this with the urgency or seriousness that it demands.

“More certainly needs to be done to protect the elderly and those on the lowest incomes but hard-pressed taxpayers know that the government cannot just spend its way out of an inflationary cycle.

They are looking for us to stop companies from profiteering and to ensure markets work fairly and transparently.”

The Government is under mounting political pressure on the issue.

Alexander Stafford, the Conservative MP for Rother Valley who sits on the business, energy and industrial strategy committee, backed the calls for a cost of living minister.

He said: “It would make a huge difference to have a cross-departmental minister who can help join up the dots and find different ways to reduce prices for everyone. Someone who can really breakdown silos would be a huge benefit to all constituents.”

She said: “I do think that a proper focus on helping people combat or cope with the cost of living crisis would be hugely welcome – it does need a cross-departmental approach and it one of the most important issues facing ordinary Britons at the moment.”

However, Ashfield Conservative MP Lee Anderson argued that “we don’t need a cost of living minister to tell us that our gas bills are too high”.

Arguing that the situation is “not complicated” and that a “proper energy policy” is needed, he summed up the problem, saying: “Gas is too expensive, electricity is too expensive and petrol and diesel are too expensive.”

But Julian Jessop, an economist with the Institute of Economic Affairs, suggested a dedicated minister could “knock heads together”.

He said: “You might hope that government departments already think about the impact of their policies on the cost of living, and that the Treasury is on top of this by now. However, putting a single minister, or Tsar, in charge could help to knock heads together.

“There are many ways in which red tape could be cut to reduce costs, both for households and businesses, without adding to the burden on taxpayers.”