Ultimately, what Democrats are able to pass will depend on Senator Joe Manchin III of West Virginia. 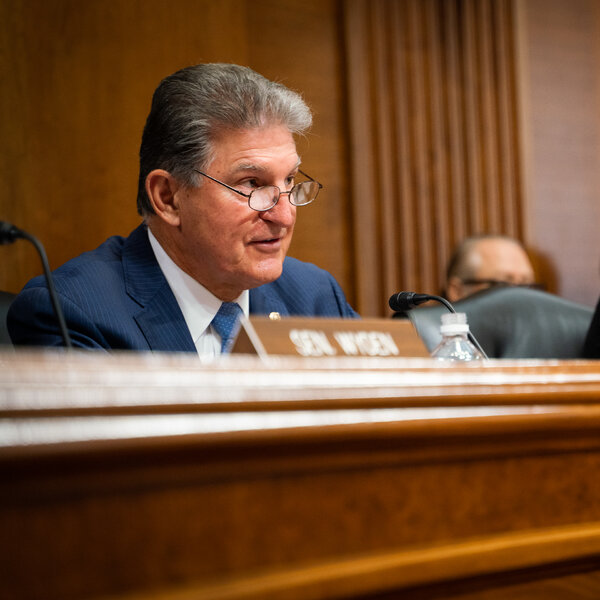 A heat wave is engulfing much of the United States this week, and temperatures across the West have soared past 100 degrees Fahrenheit.

It’s another reminder of why President Biden acknowledged the climate crisis as an “existential threat” throughout his campaign, and why it’s remained high on his agenda as president.

But just as the mercury was rising last week, Mr. Biden appeared outside the White House to announce that he had reached a deal with centrist senators on an infrastructure package that would significantly trim what had been his main vehicle for confronting climate change.

The biggest climate-related proposals in the initial bill, the $2 trillion American Jobs Plan, are nowhere to be found in the compromise proposal.

Mr. Biden has said he plans to follow it with another bill, which would focus on care industry workers and other elements of “human infrastructure,” and would be more likely to pass with only Democratic votes. Climate activists are now pinning their hopes to that legislation.

“We in the advocacy community are really focused on the second part of this, which we think is going to be more ambitious and bolder on the climate issues,” Elizabeth Gore, the vice president for political affairs at the Environmental Defense Fund, said in an interview. “We are looking at that as our primary focus for our advocacy.”

But there is no guarantee that the future bill will include the kinds of provisions that advocates say are necessary to containing emissions in the power and transportation sectors. And ultimately, what’s included in that legislation will largely be up to Senator Joe Manchin III of West Virginia, the most conservative Democratic senator — who represents one of the states that are most heavily reliant on the carbon energy industry, and who himself has close ties to it.

It was Mr. Manchin’s insistence on finding bipartisan compromise that scuttled the White House’s hopes of passing the American Jobs Plan through the process of budgetary reconciliation, which would remove the need for Republican votes. Now that Mr. Manchin and a crew of moderate senators have hammered out a compromise on infrastructure, it remains to be seen whether he will support an ambitious, Democrats-only proposal to reel in fossil fuels.

If he did so, it would go against many of the patterns he has established as a legislator.

Mr. Manchin won election to the Senate in 2010, swimming against the tide of West Virginia’s Republican shift, partly thanks to a TV ad in which he shot a bullet into a copy of President Barack Obama’s cap-and-trade proposal.

By then Mr. Manchin had already made millions from his involvement with the coal brokerage firm Enersystems, which he had helped run before entering politics, and which continued to pay him dividends thereafter.