Health Secretary Matt Hancock said that Christmas would not look the same as normal. He told a joint session of the Health and Social Care Committee and Science and Technology Committee that over the holiday period it was very important for people to “respect the spread of the virus”. But he added that he is “not leading” discussions with devolved nations on what the act measures will be.

When asked whether the focus on Christmas could be perceived to be “unfair” to people wanting to focus on other festivities such as Diwali, Mr Hancock said: “I’m very sensitive to this point, and we did think about it and we engaged and we have discussed it.

“Of course it has particular importance for Christians, but it is an important national holiday for everybody in this country.

“So while of course, we considered the impact on those of other faiths, Christmas is a special time for everyone in this country.” 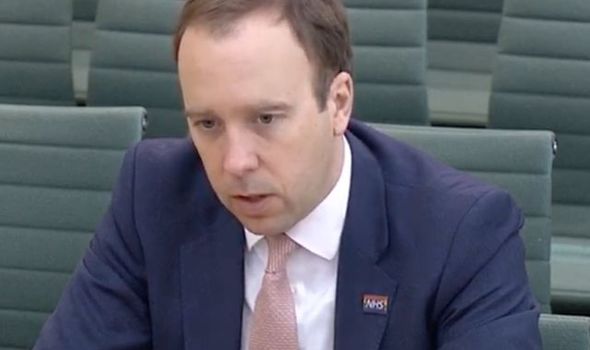 He told the Health and Social Care Committee: “The Test and Trace programme, ahead of the second lockdown, was functioning to reduce transmission enormously.

“By the time of the second lockdown it had already broken the chain of transmission hundreds of thousands of times.

“The problem was, as happened in so many other European countries, that the overall number of cases was going up.

“I don’t lay that at the door of Test and Trace at all because they’d expanded unbelievably fast in the circumstances. And, as we will see, we’re constantly improving the testing and tracing.”

He added: “There were so many other things that were leading to upward pressure on the number of cases.

“That’s why we had to bring in stronger social distancing measures.

“You’ve got to look at what Test and Trace was doing in totality, as opposed to the very specific part that that you mentioned, so in totality we wouldn’t have had the ability to test the people that we did unless we built the capacity, we wouldn’t now be in a position of being able to roll out the very widespread community testing, unless we taken the action that we did.”

The Health Secretary insisted that testing was not “stopped” at the start of the pandemic but focused on hospitals.

When asked about the strategy to move away from community testing, he told the Health and Social Care Committee: “Stopping community testing was a consequence of having to focus the tests on people in hospital because there it has a direct impact on treatment.

“I was told to stop community testing and that we should also stop contact tracing.

“There’s absolutely no doubt that we can, we should and we must learn from all of the international examples, and from our own experience here, about how we can best deal with a pandemic of any source.”