Jacob Rees-Mogg has been told to stop thinking MPs who are working from home are “shirking” their duties.

Conservative MP Tracey Crouch, who revealed in June that she had been diagnosed with breast cancer, called on the Commons leader to “urgently rethink” the rules around virtual participation.

Ms Crouch voiced her disappointment at not being able to participate in a Westminster Hall debate on the future of breast cancer services and the impact of COVID-19 on diagnosis. 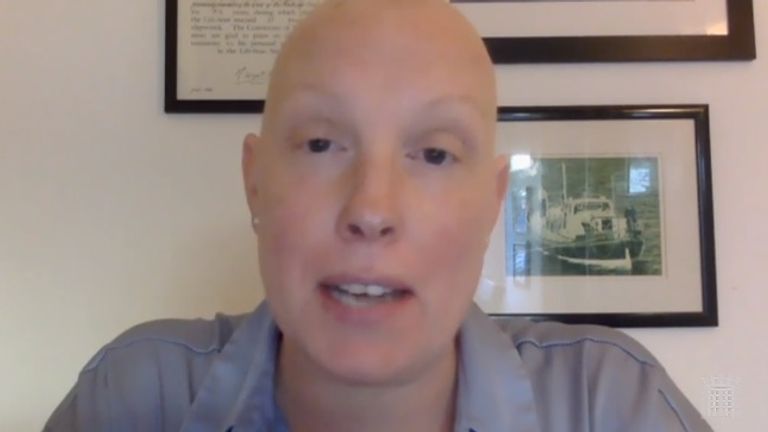 The MP for the Kent constituency of Chatham and Aylesford, who has been working remotely during the coronavirus pandemic, told the Commons that the rules around virtual participation meant MPs with “real and current life experience” of the disease were “disappointingly unable to participate” in the debate.

The former minister continued: “Now, while I respect [Mr Rees-Mogg’s] commitment to traditional parliamentary procedures, I’m sure if he was on the backbenches and not the fine specimen of health and fitness he clearly is, he would be arguing forcefully for members to be able to contribute more often in proceedings by modern technology.

“Perhaps even currying favour with you, Mr Speaker [Sir Lindsay Hoyle], by suggesting that not every contribution to a debate requires an intervention.

“Given that hybrid proceedings have been extended, would he please stop thinking those of us at home are shirking our duties – in fact, quite the opposite – and urgently reconsider virtual participation, even if just for general backbench and Westminster Hall debates.”

Mr Rees-Mogg said in response that he wished Ms Crouch well and “I think the whole House joins me in praying for her swift recovery”.

“I think the point with Westminster Hall is that that was brought back at a point at which the broadcasting facilities were already being fully utilised, so it wasn’t an issue then of whether we wanted to do it or not, it simply wasn’t an option, and the demand to bring back Westminster Hall was great across all parts of the House,” he told MPs.

Tags: Conservative, diagnosed, MP, with
You may also like
Recent News: