Just over half of the public think the government is making the wrong decisions in its handling of the coronavirus pandemic, according to a YouGov survey for Sky News.

The same percentage said they are scared about the impact of COVID-19 this winter. 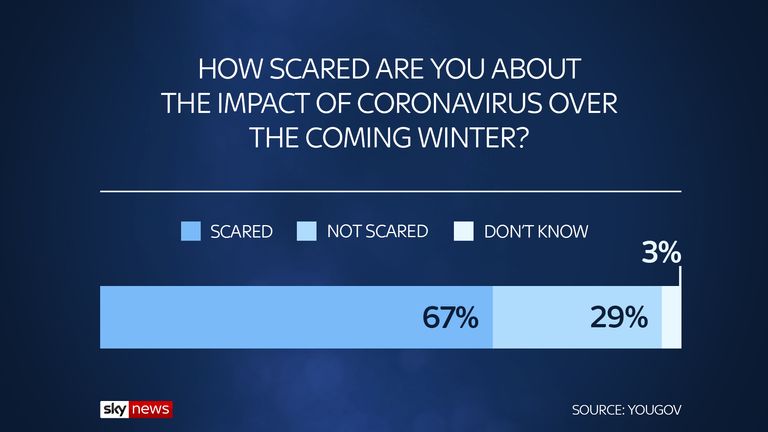 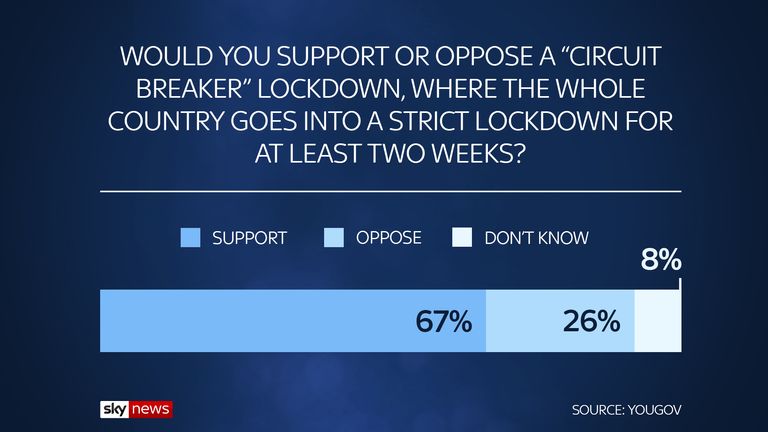 And 61% said they don’t trust Boris Johnson to make the right decisions over the virus.

Of all the leaders, only Scottish First Minister Nicola Sturgeon wasn’t more mistrusted than trusted to make the right decisions.

It comes as Greater Manchester officials continue to resist Westminster’s call to move to Tier 3 – which would see pubs and bars closed as part of stricter measures.

Liverpool City Region received £44m in aid when it moved to the highest risk level, but Greater Manchester wants more support – including a scheme paying 80% of wages for affected workers. 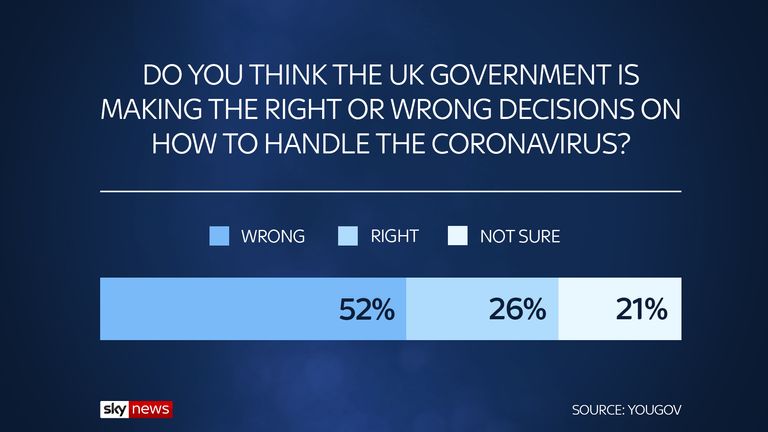 Large parts of England, including London and York, moved into Tier 2 on Saturday, meaning households are not allowed to mix indoors publicly or privately.

On Monday, Welsh First Minister Mark Drakeford announced a two-week “firebreak period” to last from 6pm on 23 October until 9 November.

It means most businesses will shut, and people are being told to stay at home and work from home where possible. People from areas of the UK with high rates of coronavirus were also banned last week from entering Wales. 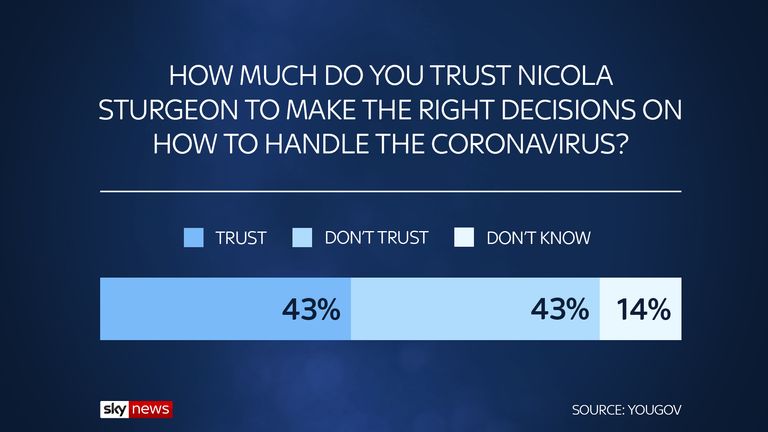 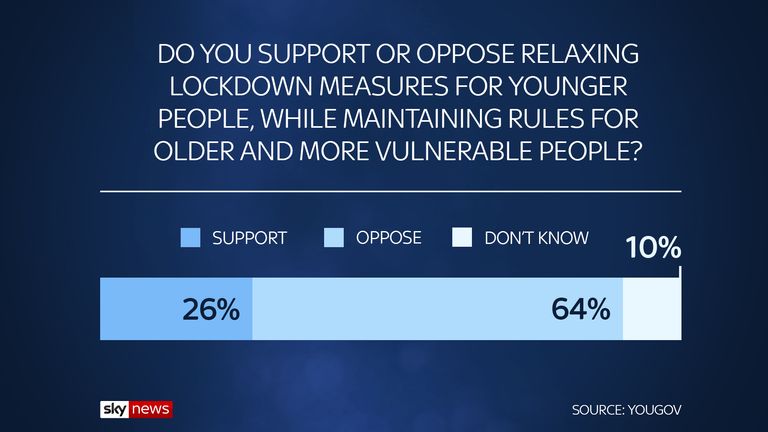 There is now an obvious divide between England and the devolved nations in how they are handling the second spike.

Sky News asked if people would support a strict two-week “circuit breaker” in England and 67% of respondents said they would. 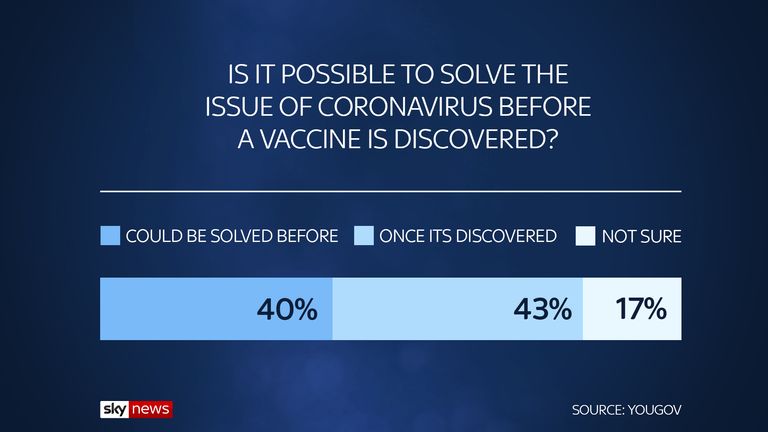 Mr Johnson has been under increasing pressure to impose a short national lockdown – as recommended last month by the government’s science advisers SAGE, as well as Labour.

Asked if the government would take the measure on Sky’s Sophy Ridge On Sunday, Cabinet Office minister Michael Gove flatly replied: “No.” 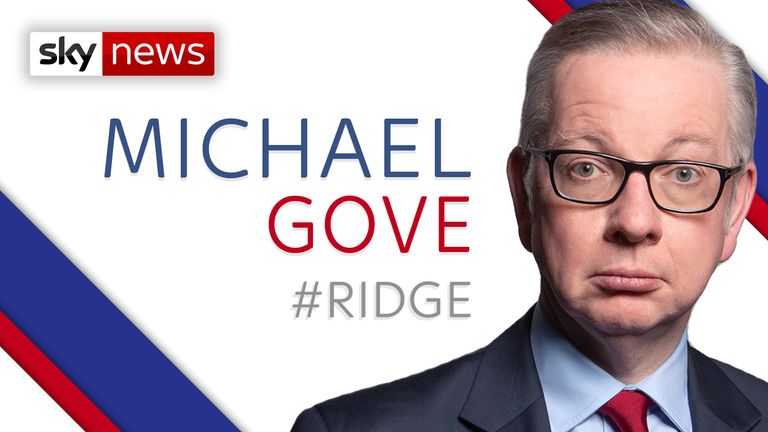 But pressed on whether it could be taken in the future, he said “blanket restrictions across the country” are not merited by the disease “at the moment”.

SAGE member Professor Jeremy Farrar said it was “never too late” to impose a temporary national lockdown, but that the best time would have been last month.

Sky News and YouGov polled 1,781 adults between 15 and 16 October. Watch and follow Postcode Lockdown: A Divided Nation on Sky News from 9pm on Monday, as it examines which strategy is best for Britain