Steve Baker has insisted that the Coronavirus Act “must go” as he urged Prime Minister Boris Johnson to “take advantage of our great vaccination programme”. Speaking to Sophy Ridge on Sky News, Mr Baker remarked that “you can’t even leave the country freely” as he branded the powers “excessive”. The Act was passed last year in March and gives the Government extensive powers to restrict protests, arrest citizens and enforce the closures of airports and ports. 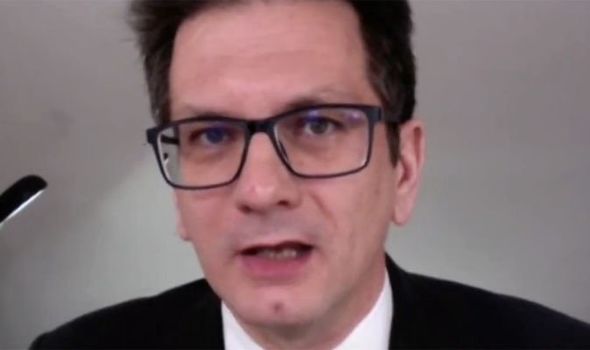 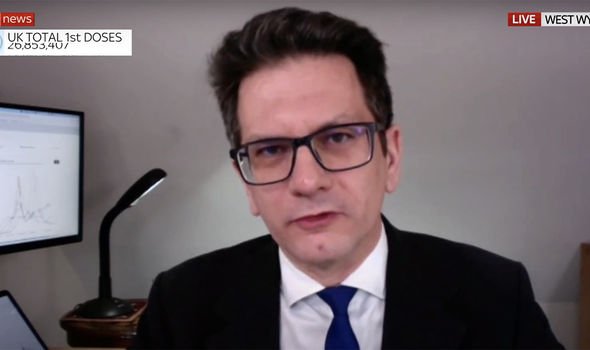 The emergency powers granted by the legislation have been described as “some of the most draconian detention powers in modern British legal history”, by Tory MP Mark Harper.

The Prime Minister is planning to push through the extension to the law on Thursday, just 24 hours after a 1922 committee meeting with his backbenchers.

Mr Baker warned that Boris Johnson faces a sizeable rebellion among his own backbencher if he goes ahead with the plan.

He said: “These powers which should be taken with great trepidation.”

The Tory MP admitted that the Act is likely to be extended since the SNP and Labour are backing the Act and “will vote for any old authoritarianism these days”.

“It’s important that some of us seek to hold the government to account over these extraordinary powers.

“We believe that this Act squanders the advantages of our great vaccination programme.”

He went on to call the Coronavirus Act “excessive and disproportionate”.

Mr Baker added: “We have ended up with the Government taking extraordinary powers with very limited parliamentary scrutiny.

Cabinet Ministers are reported to be divided over which lockdown measures need to be prolonged and are mindful of inflaming tensions among their backbenchers, many of whom want to see restrictions quickly lifted.

With infection rates falling rapidly and approaching levels last seen in autumn, the Government is coming under growing pressure from within its own party to ease up on its Covid regulations.

Last year, Health Secretary Matt Hancock confirmed that the Coronavirus Act would remain in force for only as long as it was required to help fight the crisis.

On travelling abroad, fellow Tory MP Graham Brady, chairman of the powerful 1922 Committee of backbench Conservative, told The Guardian: “The success of the British vaccination programme should allow international travel to resume safely.

“It is very likely that Covid is now an endemic virus – there may be variants for years to come.

“We need to focus on rational mitigation and not keep resorting to disastrous lockdowns.”

Tags: ctp_video, headlines
You may also like
Recent News: