More frontline public service workers are now able to get tested for COVID-19, amid fears supplies are going to waste.

Matt Hancock said the list of professions eligible will be expanded to include the police, fire service, prisons, the judiciary, Department for Work and Pensions and critical local authority staff.

Previously only NHS and social care staff as well as hospital patients were able to get a test to check if they have the disease caused by coronavirus.

Ministers have faced repeated questions about why more people are not being tested.

Downing Street said on Thursday up to 35,000 tests a day are possible – despite just under 16,000 having actually been carried out two days before. 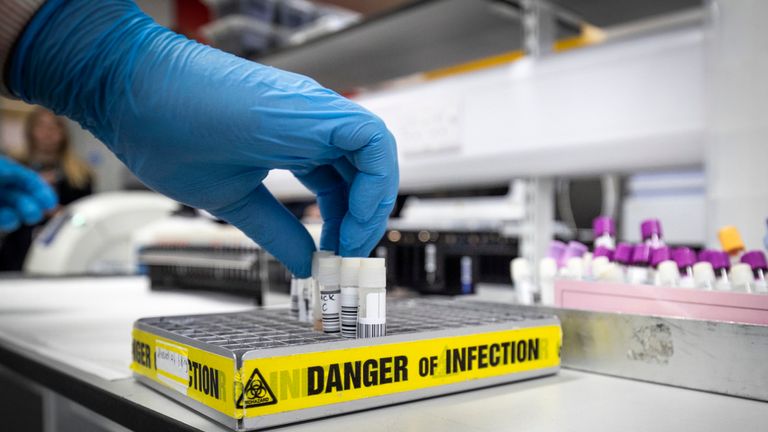 One tester said their shifts were “meant to be excruciating 12-hour marathons” but in reality are “rather more like laid-back morning jogs”.

They wrote in The Guardian: “Dozens of academics and laboratory personnel from all over the UK languish in a hotel with nothing to do.

“Millions of pounds of equipment borrowed from universities and companies rests silently in the evening hours, when the noise of our collective toil should be deafening.” 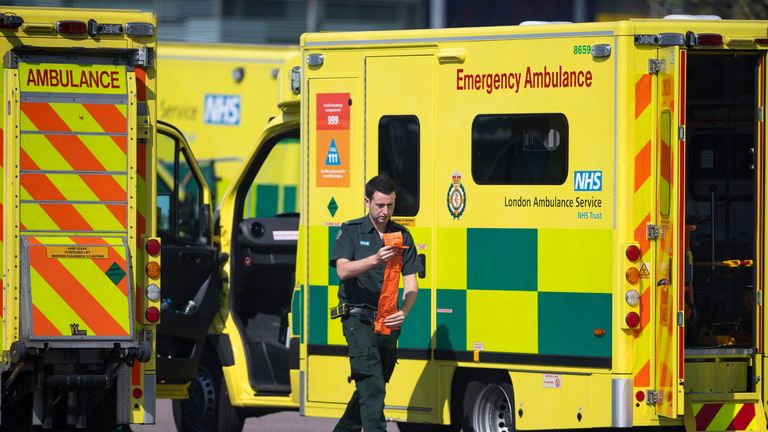 Mr Hancock explained he was dramatically increasing the amount of people who can be tested because “frankly, the number of NHS staff coming forward wasn’t as high as expected”.

“I want to be able to get back to the position that we can test everybody with symptoms and I anticipate being able to do that relatively soon because we’re increasing capacity,” he told a Commons committee on Friday.

In his first grilling by senior MPs in several weeks, the health secretary suggested there may be shortages of one specific type of Personal Protective Equipment (PPE) – gowns. 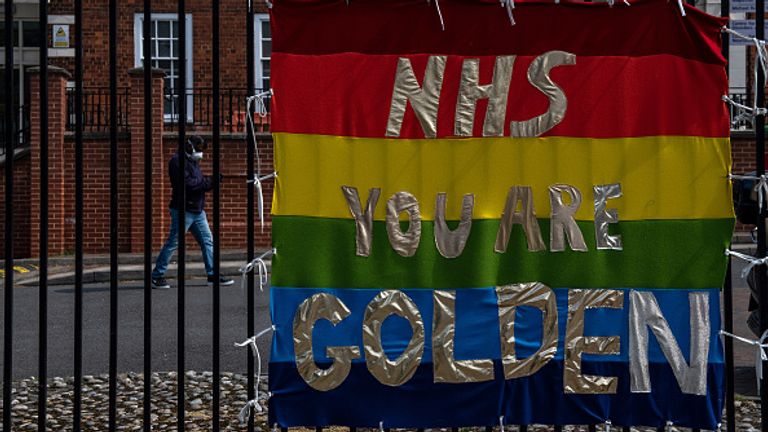 He said they were “the pressure point at the moment” and did not pledge everyone who needs one will get one, instead saying: “That is exactly what we are aiming to do.”

“I would love to be able to wave a magic wand and have PPE fall from the sky in large quantities,” he admitted, adding: “We have a global situation in which there is less PPE in the world than the world needs.”

On the welfare of staff, Mr Hancock also said he did not know how many people working for the NHS have COVID-19, but added 8% are not working either because they are ill or someone in their household is and 50,000 have been tested.

He was also quizzed on social care, after fears that hundreds of care home resident deaths are not being counted in the government’s daily figures.

The health secretary said he had a “high degree of confidence” that the number of deaths is higher than the 2% figure reported so far.

He revealed ministers initially considered only locking down London, where the number of infections and deaths was much bigger, but they decided to keep the UK “acting in lockstep”. And Mr Hancock admitted being “really concerned” there has been a “drop-off” in people coming into hospital and reporting cancer symptoms.

“Far, far fewer people are coming forward and this worries me because we’d spent an awful lot of time over several years… driving up those coming forward for cancer treatment,” he said.

Tags: Coronavirus, More, professions
You may also like
Recent News:
This website uses cookies to improve your user experience and to provide you with advertisements that are relevant to your interests. By continuing to browse the site you are agreeing to our use of cookies.Ok