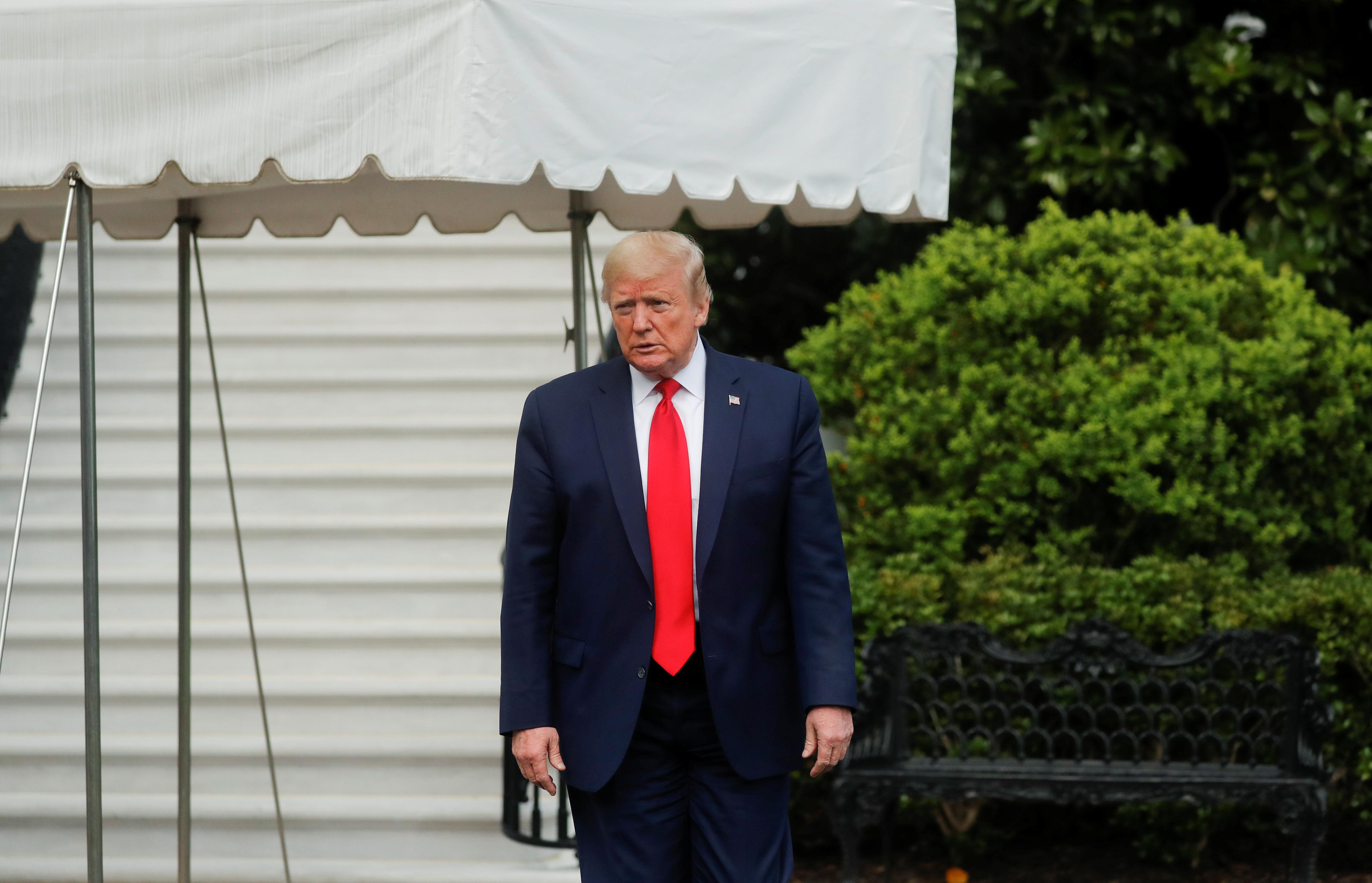 Losing her job due to lockdowns to curb the spread of the coronavirus and then waiting weeks for unemployment benefits has changed all that. Now she is determined to make sure President Donald Trump is not re-elected in November.

“I will go and vote and will convince as many people as I can … that this is the wrong type of leadership,” she said.

Marinov, 42, is the kind of voter that keeps the Trump campaign up at night. Of all the battleground states he won in 2016, Florida is the biggest prize with 29 Electoral College votes.

Trump had been considered the favorite to win Florida again over the prospective Democratic nominee, Joe Biden, despite edging out Hillary Clinton there by just 1.2%.

But two months into the biggest crisis of his presidency, the Republican has received mixed reviews for his response. Florida’s Governor Ron DeSantis, a staunch Trump ally, meanwhile, has been criticized for being slow to close beaches and blamed for a faulty unemployment compensation system that locked hundreds of thousands out of benefits.

Recent polls now show Biden neck-and neck or slightly ahead of Trump in Florida as well as nationally. Trump’s internal polling shows the same, according to a Republican source close to his re-election campaign.

One in five Floridians are aged 65 and older, the age group most vulnerable to the coronavirus, compared with one in six nationally, according to U.S. census data from 2019.

“It’s much more competitive than it was. He doesn’t have the edge with seniors that he had before,” the source said, asking not to be identified because he was not authorized to speak to the media. “Florida… is in play.”

According to a Reuters/Ipsos national opinion poll from mid-April, only about a third of Americans 55 and older think the country is headed in the right direction, down 6 percentage points from a similar poll in February.

Their preference in November’s election showed a small improvement for Biden, who drew 44% support from older Americans, about the same amount as Trump, who had 45%, according to the poll.

Biden’s strength with independent voters such as Marinov also appears to be growing, albeit marginally. He had a 4% lead among self-identified independents in April, compared to his 2% advantage in February.

Trump has been frustrated by the recent polls, at one point sharply questioning his campaign manager, Brad Parscale, over the numbers, according to a source familiar with the matter.

In an interview with Reuters on Wednesday, Trump said he did not believe his lock on the state was in jeopardy.

“I don’t think so,” Trump said, but added, “Look, I haven’t been looking at polls for a while.”

Of the major battleground states in the general election – also including Wisconsin, Pennsylvania, Michigan and Arizona – DeSantis has been the most aggressive about re-starting his state’s economy, which is heavily reliant on tourism and services.

About one million of Florida’s estimated 10 million-strong workforce lost jobs during the pandemic. State government data as of Thursday shows that about half of them have not been able to claim benefits after its automated compensation system crashed.

“We’re on the path to economic suicide,” said Ford O’Connell, a former Republican congressional candidate in Florida who regularly consults with the Trump re-election campaign on strategy. “The sooner DeSantis is able to return Florida to a sense of safety, the better Trump is.”

Florida plans to partially reopen on Monday, despite concerns among public health experts including on Trump’s team about the possibility of a spike in new cases should states ease social distancing measures too quickly.

“That might not go over well either,” the Republican source close to the campaign said.

Russell Green, 61, who suffers from chronic obstructive pulmonary disease, is one of those who worries he and others will be at risk if the state opens too quickly. He believes Trump failed to take the spread of the virus seriously.

An independent who voted for Democrat Barack Obama in 2008 and Republican Mitt Romney in 2012, the Naples resident plans to vote for Biden this time.

Economists say that with summer generally the slowest season for Florida’s industries, any economic rebound from a successful re-opening may not be apparent by November.

“Three months after this, people are going to say (DeSantis) handled it right and the president handled it right,” said Brian Ballard, a top Florida lobbyist and Republican power-broker.

Sensing a possible opening in the state but with all in-person campaigning stopped due to the pandemic, Biden and his allies are doing what they can to reach voters in Florida.

This week, he gave an interview to local media in Miami, criticizing Trump’s handling of the pandemic, and local Democrats such as U.S. Representative Val Demings of Orlando, who is considered a possible vice-presidential pick, have been arguing his case for the presidency.

But Biden will need to raise much more money to stay visible in the state, which has several expensive media markets, analysts say. By the end of March, Biden trailed Trump in cash on hand by more than $180 million.

Mary Jane Lukas, 45, of Gainesville, Florida, an independent voter who supported a third-party candidate in 2016, remains unconvinced. She said she was leaning toward Trump, largely because she thinks Biden has kept too low a profile during the crisis.

Tags: Coronavirus, ELECTION, HEALTH, US
You may also like
Recent News:
This website uses cookies to improve your user experience and to provide you with advertisements that are relevant to your interests. By continuing to browse the site you are agreeing to our use of cookies.Ok