The “coalition of chaos” will return if Labour wins power, Conservative campaigners will reportedly warn, as the party prepares to resurrect an old attack line for Sir Keir Starmer. While Boris Johnson has ruled out an early General Election in 2022, the Prime Minister is struggling to clutch on to power and now hopes banking on the 2015 campaign can help reclaim his electable image. But the Tories may struggle to make the line land in time for the next race, as several fundamental differences exist between the opposition’s current composition and its now seven-year predecessors.

Could Keir Starmer create a coalition of chaos?

In 2015, David Cameron’s Conservatives argued if allowed to grasp power, Labour would form a coalition Government with the SNP, then led by Alex Salmond.

Posting a now-famous tweet, he claimed Britons would have to choose between his “strong Government” or “chaos with Ed Miliband”, a pledge that paved the way for Brexit and his party’s now seven-year-old majority.

As the SNP gears up for a second referendum in 2023, a year before the next election, the Conservatives will reportedly make that case to the electorate again. 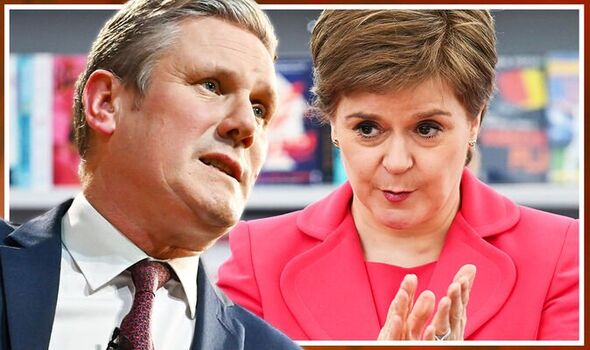 Writing in his column for the Financial Times, Sebastian Payne said the Prime Minister had told him “in the spring” the choice facing Britons was between a “sensible ‘One Nation’ Conservative party” and “Labour propped up by the SNP”.

Michael Brooks, a campaigner who helped the party claim victory in 2019, said Indyref2 would ultimately define the next national race.

He told Mr Payne people would not happily receive “another three years” of “arguing about a referendum, about whether or not the country should stay together”. 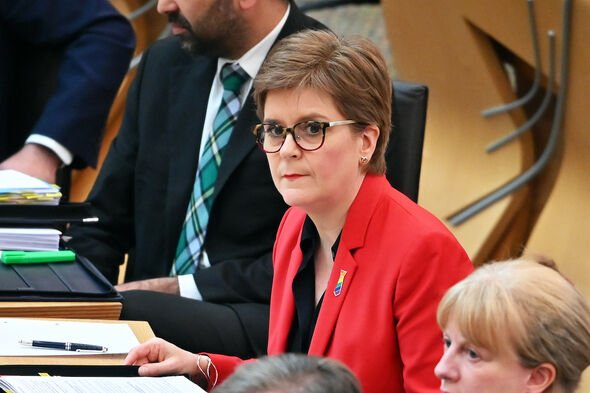 Unlike in 2015, when Labour and the SNP carried similar policies, Sir Keir Starmer’s party has placed itself firmly in Nicola Sturgeon’s opposition.

While he has rarely commented on Scottish independence, the few times he has addressed the matter have seen him adopt a primarily unionist stance.

In January, Labour pledged Sir Keir hoped for a “reformed and renewed United Kingdom” that would provide “safer, fairer, and faster change for Scotland” outside of independence.

His vision is closer to Tony Blair’s, whose Government was a champion of devolution. 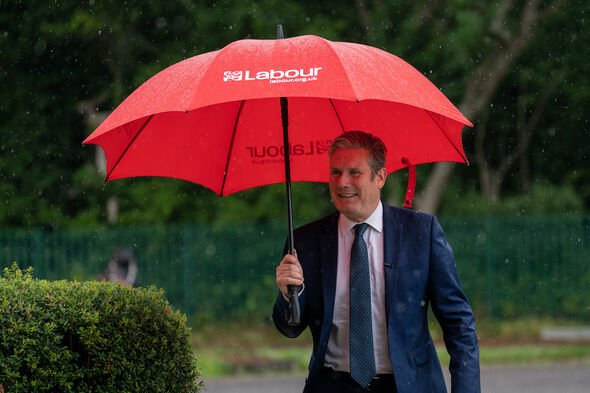 Scottish Labour has adopted that platform, stating the party rejects a second independence referendum in favour of a “relationship of equals with devolved administrations”.

The chances of Labour’s central management or devolved parties embracing the SNP remain low, and this would likely render a repeat of the 2015 “coalition of chaos” attack useless.

Campaigners may find more success with a similar line they have used in recent by-elections.

Cabinet members have insisted the recent by-election wins resulted from a “dishonest” pact with the Liberal Democrats.

Former Tory chairman Robert Dowden alleged the parties were assisting one another by tactically standing candidates in constituencies throughout the country.

Attorney General Suella Braverman became the latest Cabinet member to espouse the accusation, stating it was “disappointing to see that there’s a dishonest electoral pact between the Lib Dems and Labour” following the party’s double by-election loss last week.

Both Labour and the Liberal Democrats have denied forging a pact and have attacked one another in political campaigns.

But tactical, uncoordinated voting from the public has likely handed the Conservatives their recent defeats and could cost them the next election regardless of coalition-based attack lines.