Britons “should not be concerned” that the Oxford/AstraZeneca vaccine could be less effective against the South African coronavirus variant, a government adviser has said.

Professor Jonathan Van-Tam explained case numbers of the variant in the UK are “very small” and it is not likely to become more dominant than the strain first found in Kent.

He was seeking to calm people’s fears after South Africa halted the rollout of the Oxford/AstraZeneca vaccine. England’s deputy chief medical officer said people in the UK should take whatever vaccine they are offered – then get a booster jab in the autumn to combat variants, if needed.

“The stories and the headlines around variant viruses and vaccines are a bit scary – I wish they weren’t,” he told a Downing Street coronavirus briefing on Monday.

“I don’t think that this is something we should be concerned about right at this point in time.” He said they “do give me confidence that there is still likely to be a substantial effect” on “reducing serious illness – even if infections are not as well prevented”.

But he continued: “That really doesn’t change my view that it is still rather likely to have an effect on severe disease.”

Directly addressing people wondering whether to wait for a COVID-19 vaccine more effective against the South African variant, Prof Van-Tam urged them: “Do not delay.

“Have the vaccine that will protect you against the current threat and don’t worry, you can be re-vaccinated.

“For people who’ve had a full course of two vaccines, a re-vaccination is probably only going to require one dose. That requires some science work to confirm it, but that is my hunch.” 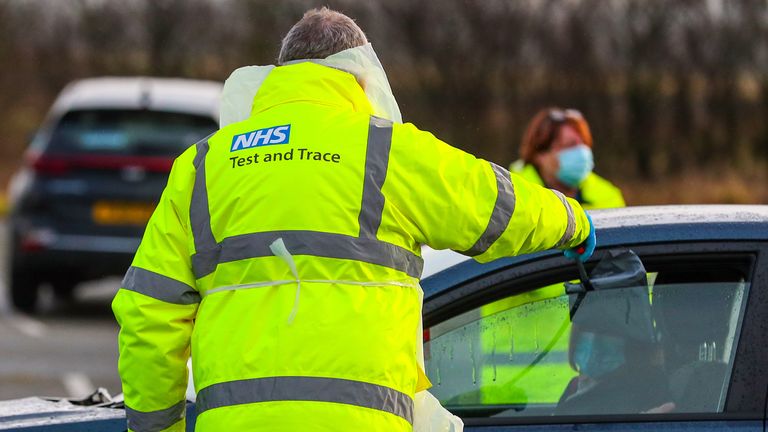 Prof Van-Tam also said there is “plenty of evidence that the vaccines we are deploying are effective” against the variant most widespread in the UK.

“We know from clinical studies of the other vaccines that they seem to be a bit less effective as well,” he said.

“What we know about the Oxford/AstraZeneca vaccine is that it doesn’t appear to stop mild or moderate disease in a young population.

“What we don’t know at this stage is whether it will actually prevent the severe disease leading to hospitalisation and potentially death in older populations.”

It comes as the NHS in England asked over-70s who have not had a coronavirus vaccine yet to book an appointment, in a bid to make sure no-one slips through the cracks in the race for inoculation.

Tags: 'should, Britons, COVID-19, not
You may also like
Recent News: