Keeping schools closed is having a “calamitous” impact on children, some of the UK’s top paediatricians have warned as they called for teachers to be prioritised for a vaccine.

The group said they were witnessing an “acute and rapid increase in mental health and safeguarding cases”, with parents suffering breakdowns and other psychological stress due to home-schooling. 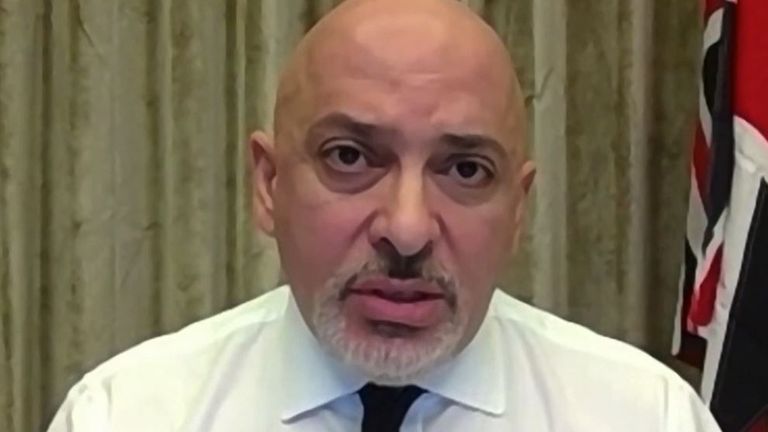 But Labour said people “need certainty” about how low coronavirus rates need to sink for all children to be sent back to the classroom.

Over the weekend, Health Secretary Matt Hancock could not guarantee whether schools will be fully open again by Easter.

“I don’t know whether it will be then or before then,” he told Sky News’ Sophy Ridge On Sunday. “We have got to watch the data.”

With no end in sight to school closures, 10 of the country’s top child health experts wrote in a letter to The Times on Tuesday that the government seemed “intent on prolonging school closures” despite “growing evidence” it was having a “calamitous impact” on young people.

“As paediatricians we rely on schools as our eyes and ears, and are witnessing first-hand the damage that the lockdown is inflicting on the mental health of our nation’s children,” they wrote.

“As in the first lockdown, we are witnessing an acute and rapid increase in mental health and safeguarding cases affecting children and parents alike.

“Anxiety, depression and self-harm are all at frightening levels. 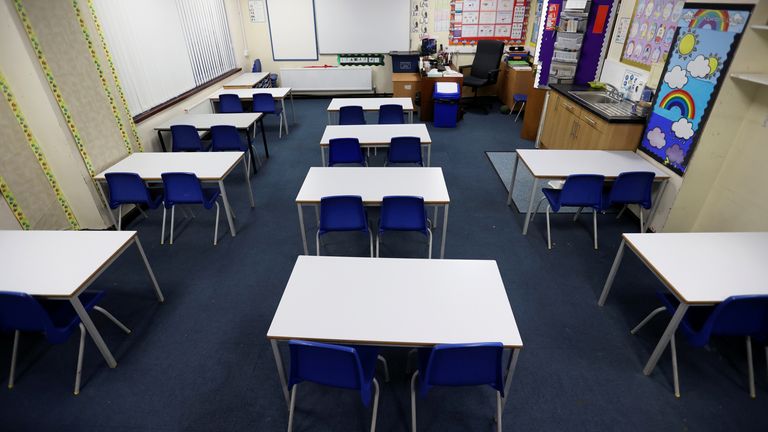 “Parents are showing signs of psychological stress and even breakdown as a result of the pressures of trying to home-school their children and sustain their jobs and businesses.”

The experts – from Imperial College London, Guy’s and St Thomas’ NHS Trust and the Royal Brompton Hospital – added that vaccinating school staff “offers protection to one of our most important key-worker groups” and also protects children.

Responding to the lettter, Mr Zahawi told Sky News schools would reopen “once we see infection rates drop to levels that are safe”.

But shadow schools minister Wes Streeting said the government should be more specific about what those levels were.

He added there was “no sign of a plan” to make schools as safe as possible while they were closed to all but vulnerable children and those of key workers, and that “parents, pupils and staff deserve better”.

And there were signs of unhappiness within the Conservative Party, with MP Steve Baker, deputy chair of the COVID recovery group, saying “we must act now” to reopen schools. 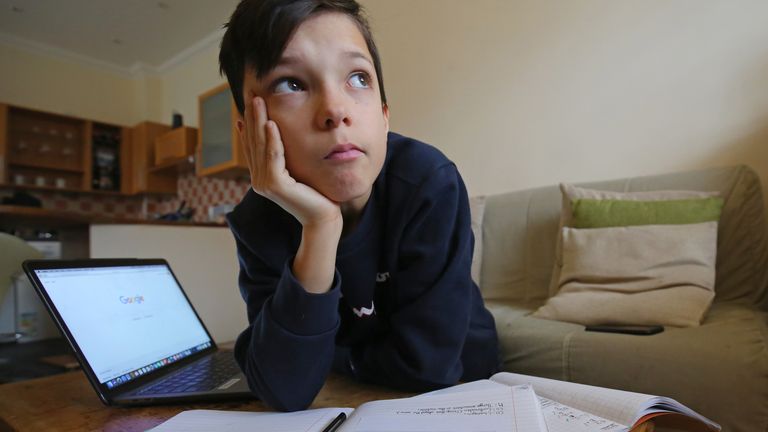 It comes as a headteacher threatened to block those still going into schools if their parents broke lockdown rules.

Martine Buckley of the Yew Tree Community School in Oldham, Greater Manchester, said “open and honest” pupils told her their families were breaking the law by visiting friends, neighbours and family.

“Our teachers and support staff are putting their own safety at risk to look after your children and they should be confident that you are doing your bit to follow the lockdown rules,” she wrote.

“I am afraid that I will have to withdraw the offer of a place in school to children whose parents are putting us in danger.”