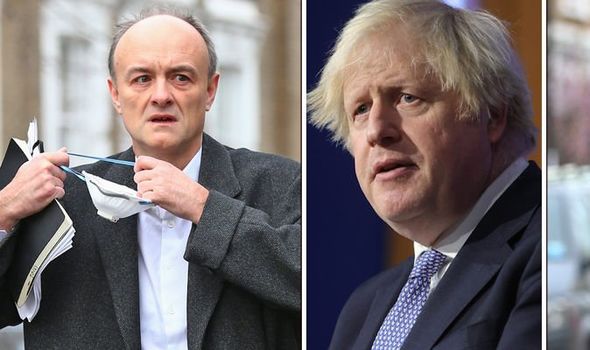 In a blog post this afternoon (Friday), the former Downing Street adviser alleged that he and “at least one other spad [special advisor] warned “in writing” that it “seemed to be against the rules and should not happen”. However, the advice was “ignored”.

He added: “I was ill and went home to bed early that afternoon but am told this event definitely happened.”

Mr Cummings commented: “In my opinion the official who organised this should anyway have been removed that summer because of his failures over covid. I said this repeatedly to the PM.”

However, he claimed that Boris Johnson “rejected my argument”.

He continued: “In my opinion it would not be fair for most officials who went to the garden for drinks on 20 May to be punished because, given the nature of the invitation, a junior official would be justified in thinking ‘this must somehow be within the rules or X would not have invited me’.”

He alleged: “Officials I spoke to in 2021 said to me and others that there were various parties after I left and the PM was aware of them.

“I have also been told there are other photos of other parties against the rules in 2021, some picturing the PM.”