Boris Johnson’s senior aide Dominic Cummings has come under fire today for his decision to drive 260 miles to his parent’s farm in Durham during the UK lockdown. The top aide said his decision was based not only on fears over a lack of childcare if he became incapacitated with COVID-19 after he and his wife began to display symptoms, but also concerns about his family’s safety.

At an extraordinary press conference in Downing Street’s rose garden, Mr Cummings said stories suggested he had opposed lockdown and “did not care about many deaths”.

He added: “The truth is that I had argued for lockdown, I did not oppose it but these stories had created a very bad atmosphere around my home, I was subjected to threats of violence, people came to my house shouting threats, there were posts on social media encouraging attacks.”

Mr Cummings said he was worried that “this situation would get worse”, adding: “I was worried about the possibility of leaving my wife and child at home all day and often into the night while I worked in Number 10.

“I thought the best thing to do in all the circumstances was to drive to an isolated cottage on my father’s farm.” 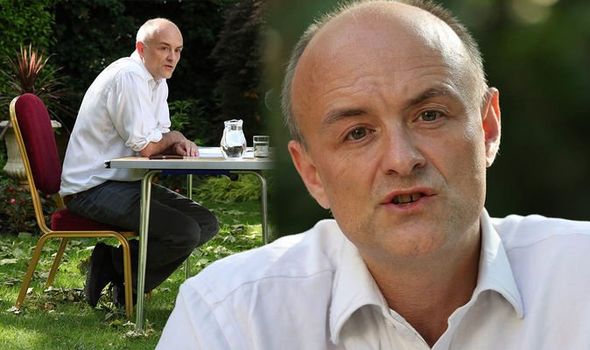 Who are Dominic Cummings’ parents?

His mother Morag, worked as a special needs teacher and a behavioural specialist.

The couple, now in their seventies, live on a family farm in Durham, where Mr Cummings’ father now also works.

In August 2019, the Observer revealed the farm – of which Brexit architect Dominic Cummings is a co-owner of – received £235,000 in EU farming subsidies.

Analysis of Land Registry documents and EU subsidy databases revealed the farm in Durham has received roughly €20,000 a year for almost 20 years.

While a separate website, operated by the Department of Environment, Food and Rural Affairs, confirmed additional payments of roughly £6,500 were made to Cummings’s parents “for practices beneficial for climate and environment” in 2017 and 2018.

A third, offline database, then revealed subsidies worth nearly £19,000 were paid out in 2014.

It is not clear when Cummings became the co-owner of the farm.

However, Land Registry searches show he was a co-owner in 2013.

DON’T MISS
‘One rule for you!’ Beth Rigby unleashes at Dominic Cummings – WATCH
Labour MP confronted for sharing ‘conspiracy theory’ – REACTION
Cummings speaks out on how ’threats of violence’ forced him to flee – VIDEO

This revelation opened Mr Cumings up to criticism at the time due to his position as being one of the key architects of Brexit.

Liberal Democrats’ spokeswoman for young people, Layla Moran, told The Observer at the time: “It shows sheer hypocrisy from Cummings that his farm has raked in hundreds of thousands from the ‘absurd subsidies’ he so often criticises.”

But speaking in London today, Mr Cummings said “I have not offered to resign”, adding: “I have not considered it.”

Police made contact with the owners of the address after the Durham Constabulary were “made aware of reports that an individual had travelled from London to Durham and was present at an address in the city”.

The force said: “Officers made contact with the owners of that address who confirmed that the individual in question was present and was self-isolating in part of the house.

“In line with national policing guidance, officers explained to the family the arrangements around self-isolation guidelines and reiterated the appropriate advice around essential travel.”