Election experts say President Trump’s messaging, the pandemic and other factors are creating a tension around casting ballots not seen since the Jim Crow era. 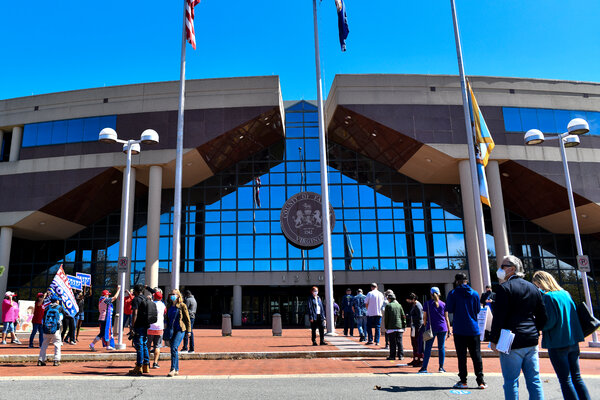 By Jennifer Steinhauer and Zolan Kanno-Youngs

The day after the presidential debate, the phones began to ring at the clerk’s office in Ada County, Idaho, with a handful of residents worried about their safety at the polls. Election officials hastily added training for poll workers on what to do if someone shows up armed.

In Orange County, Calif., law enforcement officers have been given pocket cards detailing the criminal codes on voting disruption, and election personnel have been trained to monitor police radio dispatches for reports of problems at the polls.

In a dozen battleground states, the N.A.A.C.P. has thousands of volunteers preparing to monitor voting lines, all to encourage anyone facing harassment to stay in line and to aggressively use social media to amplify their reports. Another group is taking the unusual step of training volunteers to physically block intimidators.

As early voting accelerates across the nation, election experts say President Trump’s recent statements, emboldened extremist groups and the coronavirus pandemic have combined to create a tension around casting ballots not seen since the Jim Crow era, when civil rights activists were forced to pry open polling places in the South.

“I would have my head in the sand if I didn’t tell you there is not more amplified noise this year,” said Neal Kelley, the Orange County election registrar. “This is the most intense I have seen in 17 years in this job.”

Mr. Trump has sought to enlist both the full force of the federal government and some state government allies into his efforts to sow discord around the election, falsely insisting that mail-in voting is rife with fraud, cheering on the construction of new barriers to voting and encouraging supporters to monitor polls, possibly with the threat of violence.

The president’s confirmed case of coronavirus infection, and his potential absence from the campaign trail, injects even more uncertainty into the final days before the vote.

Tags: 2020 election, CORO, US Politics
You may also like
Recent News:
This website uses cookies to improve your user experience and to provide you with advertisements that are relevant to your interests. By continuing to browse the site you are agreeing to our use of cookies.Ok