Human rights campaigners Amnesty International have criticised Greek authorities for their ill-treatment of migrants and refugees arriving from Turkey. And their report said the EU’s Frontex border force had failed to follow up on claims of alleged abuse. The group called on the bloc’s border and coastguard to scrutinise the allegations or withdraw from Greece altogether.

Adriana Tidona, migration researcher for Europe at Amnesty, said many migrants had been subjected to violence before being sent back to Turkey.

The claims were made by Amnesty in a new report, that highlights 21 incidents involving around 1,000 people.

Ms Tidona added: “It is clear that multiple arms of the Greek authorities are closely coordinating to brutally apprehend and detain people who are seeking safety in Greece.”

The alleged push backs, on land and at sea, sometimes involved people being caught as far as 435 miles inside Greek territory, according to the rights campaigners. 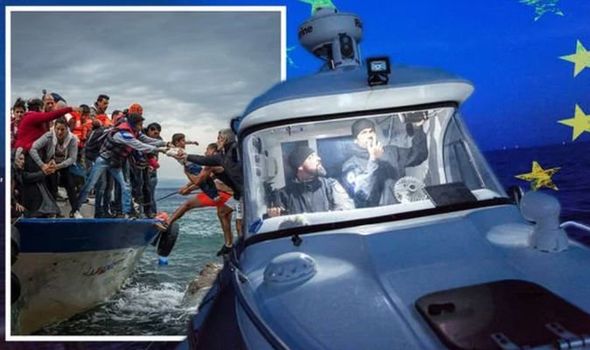 “The level of organisation needed to execute these returns, which affected up to 1,000 people in the incidents we documented … shows just how far Greece is going to illegally return people and cover it up.”

In a separate analysis of border activity across the EU, Human Rights Watch accused Frontex of failing to protect people against serious human rights abuses.

The group said the border agency had failed to investigate or take steps to curb abuses. 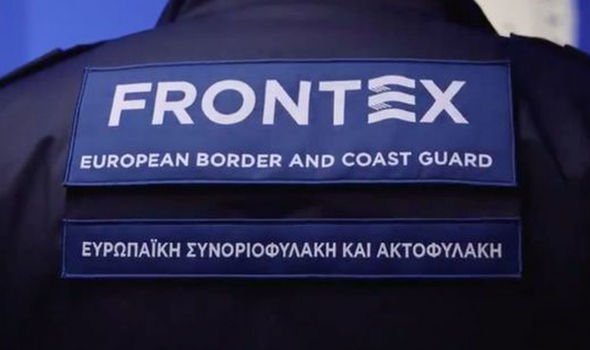 “It’s rapid growth into an executive agency of the EU, with increased powers, funding and legal responsibilities makes it all the more urgent for Frontex to put in place effective tools to safeguard fundamental rights.” 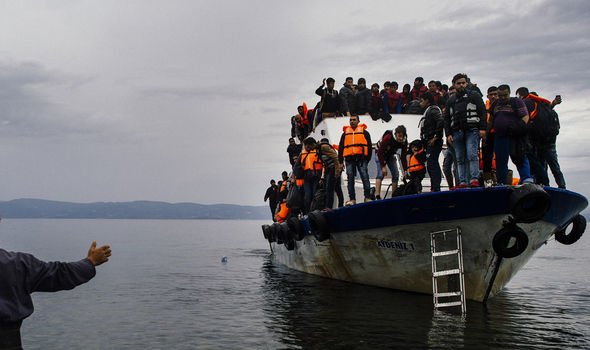 The reports will likely emerge as talking points between EU leaders at their summit in Brussels this week.

One focus for the bloc is their agreement with Turkey to keep the number of arrivals down.

The European Commission is planning to spend £4.8 billion for refugees to be hosted in Turkey, Jordan, Lebanon and Syria.

Because the money would come from the EU’s budget and would need the approval of the European Parliament, human rights abuses are a hot topic.

MEPs will likely demand tougher assurances on human rights given the allegations of abuse at the EU’s external frontiers.

Express.co.uk has approach Frontex for comment on the claims.

It added that the claims “have so far proven to be largely unsubstantiated.”

The ministry said all actions taken by Greek authorities complied with international laws.